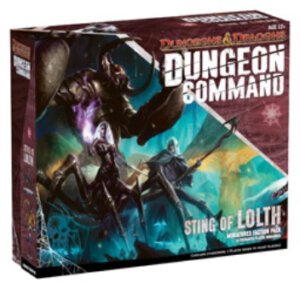 July 17th will be the release date for the new faction packs for the D&D Dungeon Command Miniatures rules. The packs are Sting of Lolth and Heart of Cormyr, and will each contain 12 random miniatures. The rules for Dungeon Command are available as a free PDF download from Wizards of the Coast.

Each Dungeon Command faction comes in its own box, containing twelve miniatures (plus the cards, tiles, and rules for the game). In addition to their use in Dungeon Command, these miniatures can also be used in the D&D RPG, with their cards further usable with D&D Adventure System board games (Castle Ravenloft, Wrath of Ashardalon, and The Legend of Drizzt). While each faction is meant to be played by a single player, quick-start rules allow two players to engage in a shortened version of the game using only one box. 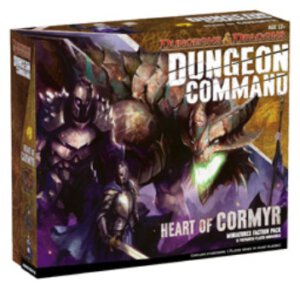