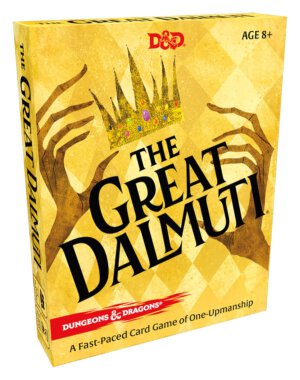 An award winning classic card game is returning by way of Wizards of the Coast and it’s receiving a Dungeons & Dragons themed 25th anniversary edition. Designed by Richard Garfield, The Great Dalmuti is a game of royal court oneupsmanship and deception all contained within a deck of thirteen cards. The game is for four to eight players, ages 8+, plays in around 45-60 minutes, and will carry an MSRP of $17.99 when it arrives November 17th.

You can fall from the top of the heap to ruthless beholder-spawn in an instant – and that’s part of the fun in The Great Dalmuti: Dungeons & Dragons! To commemorate the 25th anniversary of The Great Dalmuti, Wizards of the Coast is releasing a new Dungeons & Dragons-inspired version of the classic card game. Baronesses with their highfalutin hats were turned to stone by snarky medusas, goofy jesters were chased into the castle moat by giggling gnolls, and the super snooty archbishops have all undergone the long process of ceremorphosis to become evil mind flayers. Building on the success of the award-winning card game designed by Richard Garfield, The Great Dalmuti: Dungeons & Dragons will test players’ fates and status in a fun, easy-to-learn, and fast-paced card game. The deck includes 13 cards, including the iconic Great Dalmuti, and new D&D-flavored card names accompanied by beautiful and evocative illustrations by artist Harry Conway.

In the Dungeons & Dragons roleplaying game, the dice may control your fate, but in The Great Dalmuti, it’s about how cleverly you play the cards you’re dealt. One round you’re polishing your royal crown, and the next you’re whacking rats in a filthy alley. Perfect for ages 8 and up and up to 8 players – it’s a gloat-filled, winner-take-all contest. 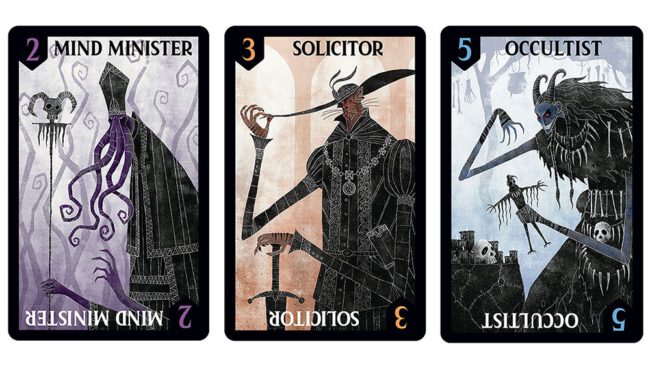