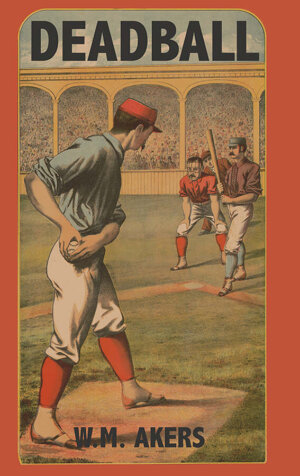 Author W.M. Akers is currently crowdfunding a second edition of his game Deadball: Baseball with Dice. In the game, you can easily model any player, any team, any league of any era of baseball along with a strong emphasis on creating and playing fictional leagues as well. The Kickstarter has passed the 2300% funding mark and and you can reserve a copy of the gamebook in PDF with at cost print coupons for all of the Deadball books (including the second edition) at DriveThruRPG for a $25.00 pledge or score just the PDF and all digital stretch goals in PDF alone for $12.00 through June 5th. Expected delivery is this July.

About the project from the designer:

Welcome to the second edition of Deadball: Baseball With Dice! Based on simple real life statistics, Deadball is a fast-paced tabletop game whose straightforward mechanics have made it a hit with baseball fanatics and new fans alike. This fully-revised new edition of the core rulebook makes the game easier than ever to learn and play.

A 1-2 player game, Deadball takes about 30 minutes to play and can star players from history, present day, or your own imagination. Since its release in 2017, fans have used Deadball to replay classic World Series, to create dream teams, and to design beautifully crafted fictional leagues. Whatever you love about this sport, Deadball will bring it to life.

This book, which replaces both the original Deadball: Baseball With Dice and Deadball: 1909, contains everything you need to play the game, including:

In addition to rules for players who want to create their own teams, Deadball comes with updated rosters for the 2022 and 1913 Southern Circuit—a fictional gender inclusive league whose heroes and villains I’ve chronicled since 2017. Featuring larger-than-life characters like Gwendolyn Ellis and BenJac Janeway, Beefsteak Atkins and Connie Stone, the Circuit is more than a handful of imaginary teams. It’s a living story—an expression of everything Deadball can be. Most of the players are named for our backers’ loved ones—after children and departed relatives, after alter egos and inside jokes. My best friends from high school and college are in there. My children are, too.

In addition to 16 lovingly-crafted team previews, the Southern Circuit chapters contain new versions of Deadball’s trademark Nine Game Pennant race—a mini campaign that gives you the standings nine days before the end of the season and invites you to seize the championship. This installment brings a pair of three-team races, as the Broad Street Peacocks try to end their decades-long title drought in 2022 and the Frankfort Red Birds look to cement a dynasty in 1913. Featuring all of the nail-biting angst of a real pennant race, this is the fastest way to start playing the game.