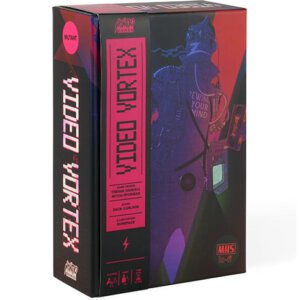 A unique seeming deck-building game set in a post-apocalyptic future is arriving next month from Mondo Games. In Video Vortex, the players represent video tape fanatics who use their mutant powers to battle each other in order to become champion of the wasteland. The game is for two to four players, ages 14+, plays in around an hour, and will carry an MSRP of $40.00 when it arrives February 12th.

Video Vortex is a competitive deck-building game for 2-4 players set in a radioactive future Earth inhabited by video-obsessed mutants. Each genre-worshiping character must strategically employ their individual mutant powers while battling opponents and navigating game effects in an attempt to seize control of the wasteland.

On their respective turns, players will spend energy to play special cards, power their deck with rentals from the local video store, and eject chosen cards from play to weaken foes. Runtime, the measure of mutant health, is limited and unique to each character. By advancing an opponent’s runtime beyond their limit through Lo-Fi and Hi-Fi attacks, mutants collect “Be Kind” tokens as trophies representative of their conquest. Once three distinctive trophies have been collected, victory is declared by the reigning champion. 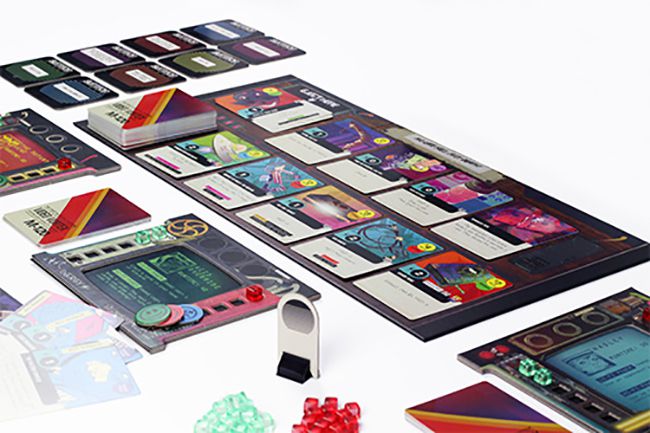