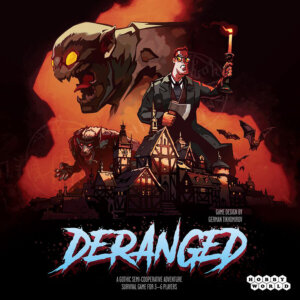 Hobby World and Ultra Pro Entertainment are teaming to release the semi-cooperative horror game Deranged. Players will look to survive three days and nights and escape a mysterious city alive. The game is for three to six players, ages 14+, plays in 90 minutes to three hours, and will carry an MSRP of $60.00 when it arrives in December.

Deranged is a gothic semi-cooperative adventure survival game in which you fight rivals, horrific monsters, and your own inner demons.

In more detail, you must survive in a city for three days and nights, leaving this city uncursed as a human being in order to win. The game is scenario-driven, and you never know when a player — or which player — will turn into a monster (the deranged of the title). The only way to turn back into a human is to kill another player. There is no player elimination, but each death increases the level of doom, with the player receiving a curse or with other bad stuff possibly happening to the group as a whole. You might have better odds of surviving Deranged if you form temporary alliances, but good luck keeping those in place when you might have to kill one another…

Deranged includes deck-building elements, and each player has their own hidden objective. The game board is modular, and the game includes miniatures to represent the players, both as humans and as members of the deranged. 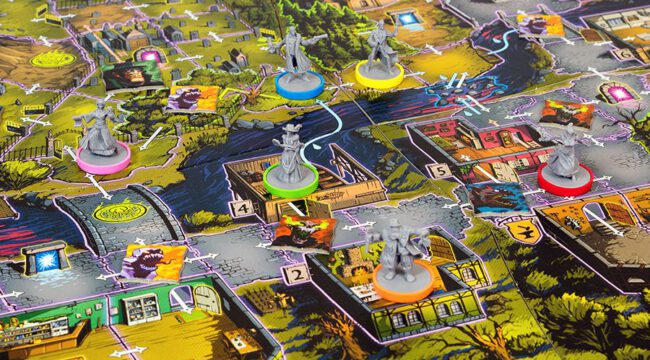