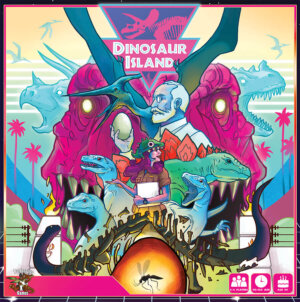 Next month will see the return of the hit board game Dinosaur Island from Pandasaurus Games. In the game, players compete to build and operate the most impressive and popular dinosaur park. This new print run will actually carry a lower MSRP too. The game is for one to four players, ages 8+, plays in 90 to 120 minutes, and will carry an MSRP of $59.95 when it returns in November.

Dinosaur Island has been out of stock on our website for awhile, and we are excited to bring it back in a BIG way next month!

Starting in November there will be THREE unique dino meeple shapes in the box, instead of just one – all at the LOWER PRICE of $59.95!!!

The original retail version only had the Triceratops shape, but now we have added shapes for the Raptor AND T-Rex! We also lowered the MSRP from $79.95 because we wanted to make sure as many players as possible are able to enjoy this dino-rrific game!

Note: The only change between this version and previously versions is the two additional meeple shapes AND the lower price. No gameplay or other components have been changed.

In Dinosaur Island, each player takes on the role of a park manager at one of these premier destinations. You’ve been handed the reins to a burgeoning operation – bring the fantastic creatures of the Jurassic, Triassic, and Cretaceous periods forward into the modern day. Early retirement is yours if you can make your park bigger and better than the competition!

It won’t be a walk in the park, though. You will need to hire the right personnel, beat your competitors to perfecting the hottest dino recipes, and gamble on which attractions will draw the most visitors. And it’ll all come crashing down if your security precautions aren’t tight enough to keep your unruly dino population under control. Welcome to Dinosaur Island. 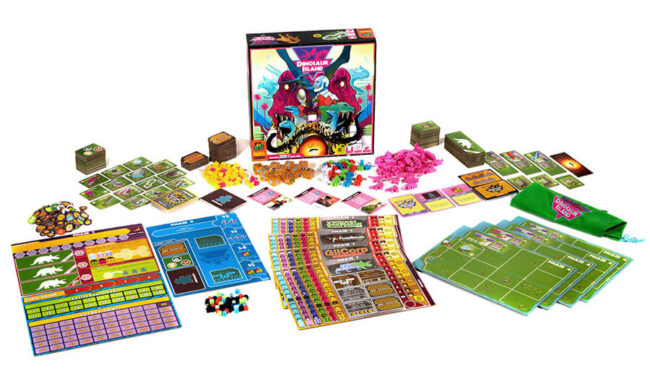