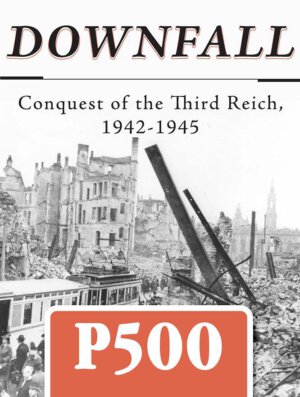 A very interesting looking two player WWII war game is up on the GMT Games P500 from designers Chad Jensen and John Butterfield. In Downfall: Conquest of the Third Reich, 1942-1945 one player takes on the role of the Western Allies while the other leads the Soviets as they race to Berlin to secure the upper hand in the post war era. The game is for two player, ages 14+, plays in two hours or more, and can be preordered for $39.00 with an expected MSRP of $59.00.

Downfall is a two-player game on the conquest of the Third Reich in World War II. One player controls the Western Allies and the other the Soviet Union in their joint effort to destroy the Axis. Though the two players share the goal of defeating the Reich, each seeks a victory that favors their dominance in post-war Europe. To this end, each player controls two factions:

Chad Jensen researched and experimented with Downfall over a ten-year period, taking inspiration from classic strategic WWII games and incorporating ideas from his Fighting Formations initiative system to arrive at the four-faction, two-front design approach. John Butterfield has picked up the design where Chad left off, bringing it to completion. 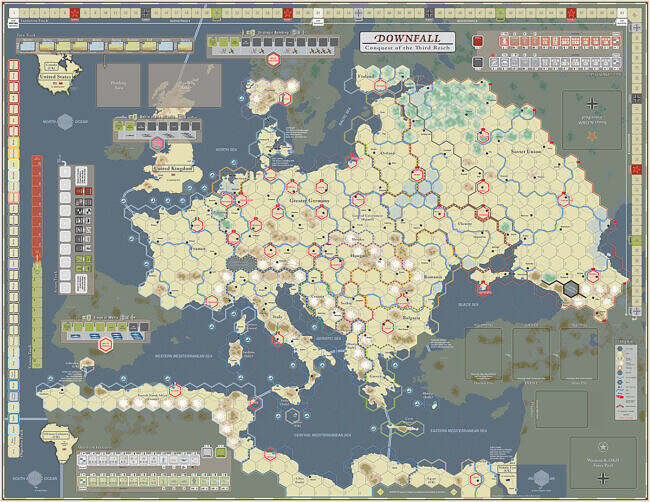