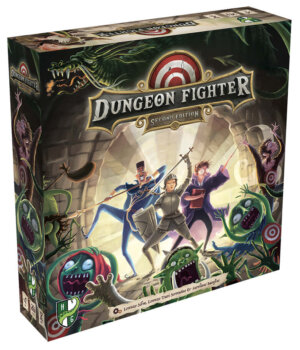 The second edition of the fantasy dexterity game Dungeon Fighter is arriving from Horrible Guild. In the game, players must toss dice at enemies in order to defeat them. This second edition is for one to six players, ages 10+, plays in around 45 minutes, and will carry an MSRP of $49.99.

Dungeon Fighter is back! 10 years after its original release it has been improved with new heroes, new dice, new boards, and much more! Explore the Dungeon, face ferocious monsters, and fight your way to the final Boss using your dexterity and weird dice throws!

Dungeon Fighter is by far the best party-dexterity-adventure-humor-board game (ok, it’s probably the only game in this made-up category).

Be a Professional Hero! Explore the Dungeon, face weird and ferocious Monsters, and fight your way to the final Boss! To defeat those fiends, you will need to use all of your focus and dexterity and throw the dice at the right spots of the main target-board. But that’s not all! You’ll also have to deal with weapons, monster abilities and room obstacles increasing the difficulty of your task—but also your rewards!

Say goodbye to pre-fixed maps! You will look at two Dungeon cards each round and choose one to determine your next destination!

Meet certain criteria to obtain extra rewards at the end of the fight!

Are you up to the challenge? Are you a Real Hero? It’s time to prove it! Get a good night of sleep, do your stretches, delve into that Dungeon, and get the job done! 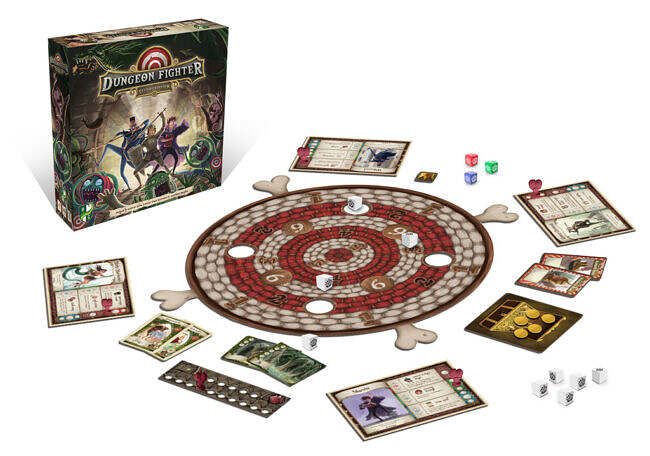