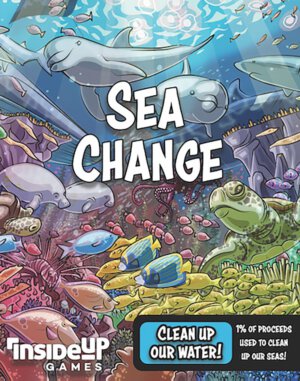 Canadian publisher Inside Up Games has a new trick taking card game on the horizon. In Sea Change, players will attempt to win tricks featuring positive points all while playing with cards featuring lively aquatic art. The game is for one to eight players, ages 8+, plays in 20-40 minutes, and will carry an MSRP of $14.00 when it arrives this summer.

The deck contains 80 Sea cards in five suits. The five suits are represented by different colours and icons. Each suit has one card of each value; a higher card beats a lower card of the same suit — high (15) to low (0).

In each trick, one suit will be stronger than others (trump). Any card in this trump suit beats all cards not in the trump suit. A Sea Change will change the trump suit in the middle of a trick when a player matches the value of the last card played.

The player with the highest score at the end of the round will earn 1 Victory Point (VP). The game ends when one player has earned 3 VPs.

On top of getting a great game, you will be contributing to the clean up of our seas! 1% of the proceeds of each game sold will be donated directly to charities working to clean up our water!

We have also strived to remove as much plastic from the packaging and manufacturing of the game as possible! 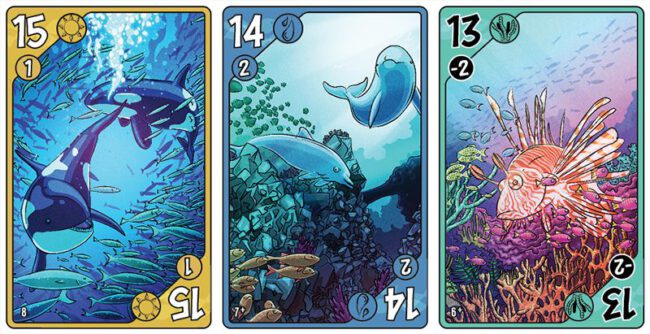