This week features the Epic Games giveaways of both Amnesia: Rebirth, from Frictional Games as well as Riverbond from Cococucumber and the free titles for next week have now been revealed. Beginning at 11am CT April 28th, you’ll be able to score both Just Die Already – from DoubleMoose and Curve Games – and Paradigm – from Janerka Productions – absolutely free for seven days. 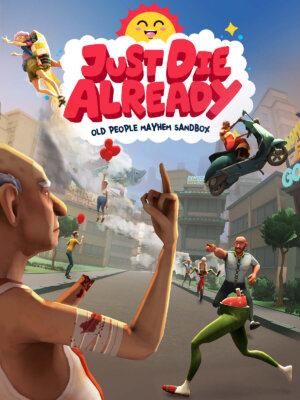 You are an old retired person in a near future where people aren’t having any children. There isn’t anyone to pay for pensions due to those ungrateful millennials who prefer playing video games instead of doing actual work. With no one to cover your living costs, you – just like all other old people in this world – have no other choice but to survive on your own.

How will you survive in a world that wants you to Just Die Already?

To make things worse, you’ve just been kicked out of your retirement home, and your only option now is to perform dangerous challenges and explore the world for retirement tickets to qualify for free retirement care.

So with society wishing you dead, isn’t it finally time to live a little?

BE OLD, BE BOLD
You get to be an old person. Angry, fragile, poor and hating the world: the dream you didn’t know you had until now. Finally, you have found something in common with your grandparents.

BREAK A LEG… BREAK A NECK
Discover the joys of being old and made of glass, anything can break you and you can break your everything.

DON’T TRY THIS AT (RETIREMENT) HOME
Complete dangerous challenges that you will never ever try at home and answer existential questions like: can you launch yourself from a catapult and land on someone? Or, can you survive losing your head, grabbing it and whacking someone with it?

ONE MISSION: RETIRE!
Earn rewards by completing dangerous challenges, your goal? To qualify for a proper retirement home. That makes perfect sense. Word of advice: try and stay in one piece so you can enjoy it in the end…

SANDBOX MULTIPLAYER
Play alone, or with up to 4 players in online multiplayer. Complete challenges together, or just cause mayhem and rip your friends’ limbs off! 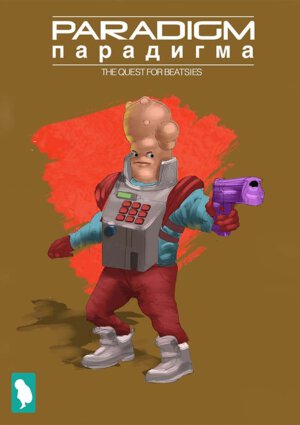 Paradigm is a surreal adventure game set in the strange and post apocalyptic Eastern European country of Krusz.

Play as the handsome mutant, Paradigm, whose past comes back to haunt him in the form of a genetically engineered sloth that vomits candy.

Paradigm’s unfortunate life begins at DUPA genetics, a company who sells prodigy children to the rich and powerful who don’t want to leave their inheritance to their poor excuse for biological children.

Something went wrong during Paradigm’s growing process and he was left horribly mutated. To save their reputation, DUPA dumped the hideous infant in a nearby post Neo-Soviet abandoned town, forcing him to fend for himself.

Paradigm didn’t let this get him down and found solace in music. He dreams of becoming the best electronic music artist the world has ever seen! Unfortunately his past is set to catch up with him and he must reluctantly step up as the world’s saviour. When really he just wants to finish his latest EP.

On his journey, Paradigm meets an array of strange characters. Some include: a psychopathic superhero, an evil sloth, a secretary knight , and a glam metal cult leader pug.