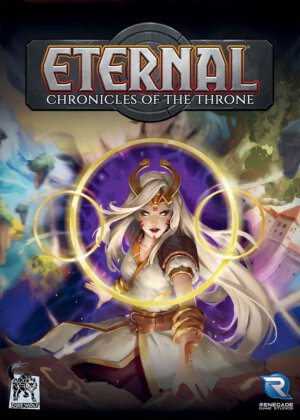 Dire Wolf Digital and Renegade Game Studios have teamed to bring the digital card game Eternal to the tabletop. Now available in stores, Eternal: Chronicles of the Throne is a six guns and sorcery setting where each player will vie for dominance over their opponents. The game is for two to four players, ages 12+, plays in around 20-30 minutes, and carries an MSRP of $25.00.

The Eternal Throne sits empty as scions of the royal family struggle for control. Dispatch those who oppose you by recruiting allies to your cause, researching powerful spells, and acquiring valuable relics!

From the makers of the award-winning Clank! A Deckbuilding Adventure, Eternal: Chronicles of the Throne combines deckbuilding games and strategy card battlers into an intense strategic experience.

Summon powerful allies to attack your opponents, or build an unbreakable defense. Will you exhibit patience and seek the power of the Eternal Throne, or forgo such a risky path? The decisions are yours in Eternal: Chronicles of the Throne! 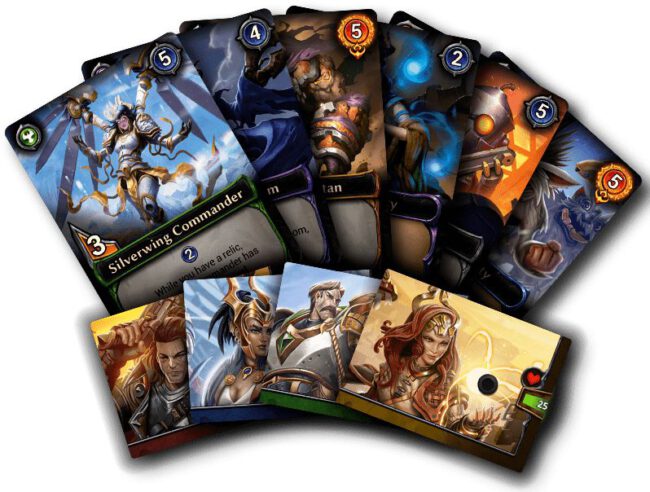