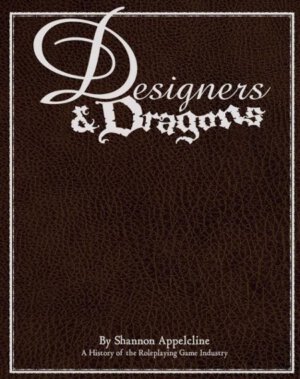 Evil Hat Productions will expand author Shannon Appelcline’s Designers & Dragons from a single volume, which was originally printed in 2011 by Mongoose Publishing, to a four volume series covering an individual decade in each book. Expanding the series will allow Appelcline to more fully focus and detail developments in role playing history while providing readers the ability to take a look into whatever particular era which they find of particular interest.

New content includes expanded coverage of the small press and indie publishing scene as their impact grew in the 21st century. Of course having four volumes comparing to the previous single book means more coverage and loads of updates.

Look for the expanded Designers & Dragons titles to see print in 2013.