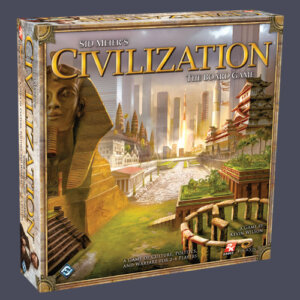 Fantasy Flight Games has recently posted gameplay video of Civilization: The Board Game based on the recently released computer game from legendary game Sid Meier. This video shows a breakdown of of the game as well as behind the scenes info from designer Kevin Wilson and the team at FFG.

In Civilization: The Board Game, 2-4 players take on the roles of famous leaders in charge of historical civilizations, each with their own abilities. Players will be able to explore a module game board, build cities and buildings, fight battles, research powerful technology, and attract great people by advancing their culture.