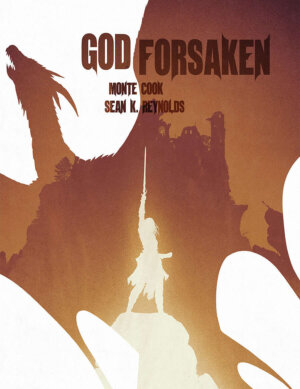 Monte Cook Games has released a new fantasy sourcebook for the Cypher System. Godforsaken is packed with gaming info on the themes running through your favorite fantasy series as well as a standalone setting. The 224 page hardcover is available for $49.99 or in PDF, at DriveThruRPG, for $18.99.

What fantasy worlds inspire you? The classic high fantasy of Tolkien, Zelazny, or Jordan? Modern fantasy like the Harry Potter series, The Dresden Files, or Buffy the Vampire Slayer? Paranormal romance? The whimsy of settings like Discworld or The Dark Crystal? Wuxia, swords and sorcery, or gritty, low-magic settings?

Fantasy—tales of heroes, monsters, and magic—is arguably the oldest genre of human fiction. It’s also the genre that first inspired us to step into imaginary worlds through roleplaying games, and it remains the most popular type of RPG setting. Godforsaken takes the Cypher System on a deep dive into the infinite variety of fantasy realms, with rules, character options, gear, and a complete, ready-to-use setting that makes the most of the fantasy genre.

Whatever fantasy setting you envision, the Cypher System can take you there. Godforsaken includes: 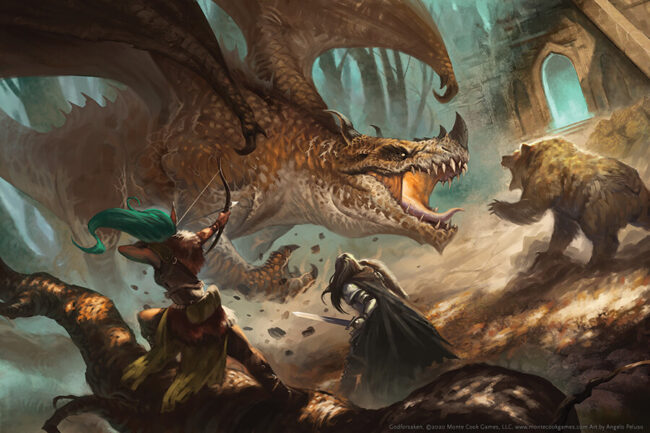