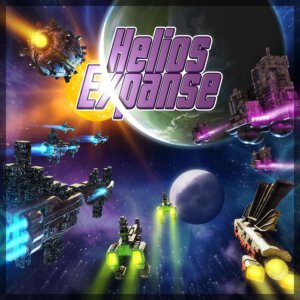 GreenBrier Games has a new 4X science fiction title up for crowdfunding and you only have about five days left to jump aboard. In Helios Expanse, three to five players take on the roles of competing space faring factions aiming to expand their territories and eliminate their enemies. The game is for ages 10+ and plays in about 45-60 minutes. You can reserve a copy of Helios Expanse for a $50 pledge through April 19th and delivery is expected in March 2019.

The end of the world as we know it.

Colonizing System Sol was doomed from the start. The initial steps of leaving Earth1, centuries ago, were full of hope. The thrill of exploration and discovery was met with fierce competition between factions. The former sentiment propelled humans further into the universe, while the latter manifested in wasted resources, war, and destruction. Over three hundred years after the first moon walk, the human race had made it to the edges of the system, and in doing so, had used all the resources needed to sustain life for the next 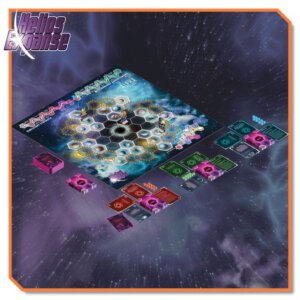 hundred. It was the twilight of everything, save one fissure of possibility…

Helios Expanse places you in control of an extrasolar faction of humanity, competing for galactic supremacy against its rivals. Explore the board using movement, expand your empire by colonizing planets, exploit your advantages by moving up the technology track, and exterminate your competitors by moving up the military track. Helios expanse is for 3-5 players and is an hour of fast paced game play!

This Kickstarter is unique for us in a number of ways. First off, it will only run for a short period of time (8 days). The game is finalized, and so if you are interested in getting it early (backers and retailers too) this is how you can do it. Also, this game is a departure from the narrative driven games we have done (and will continue to do). However, the tight mechanics and Euro themed style of play for this game are gorgeously simple to learn, but strategically fun to work through as the game progresses. Also, for the first time, this rule book will be translated into German and French. We hope you love it as much as we do!