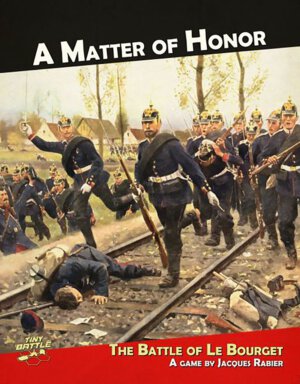 A new wargame set during the Franco-Prussian War is now shipping from Tiny Battle Publishing. Designed by Jacques Rabier, A Matter of Honor focuses on the 1870 Battle of Le Bourget where troops ferociously fought throughout the streets of the Paris suburb. The game is for two players, ages 14+, plays in around two hours, and can be had right now for the discounted price of $35.00 with an MSRP of $39.00normally.

Long before it became the site of Charles Lindbergh’s landing after his first air crossing of the Atlantic Ocean and later of a renowned international Airshow, the town of Le Bourget, in the outskirts of Paris, was the scene of a bloody battle between the French Army and the Prussian forces besieging Paris in October 1870, during the Franco-Prussian War.

A Matter of Honor is an action-packed two-player tactical board game using a simple but effective area impulse activation system. The game captures the dramatic intensity of the Battle of Le Bourget and its desperate house to house fighting. Added chromes include random event cards featuring historical events players may use to influence the outcome of the battle. Units are companies of elite Prussian Guards, facing determined French Regulars and National Guardsmen in a fight to the finish and for a matter of honor. 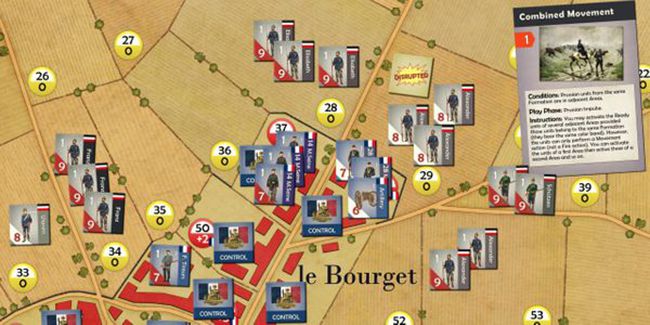 A First Look at MÖRK BORG CULT: HERETIC on The Gaming Gang Dispatch #792