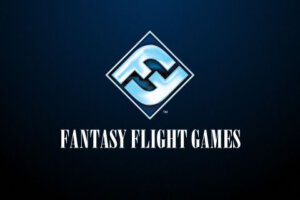 Fantasy Flight Games announced quite a few upcoming titles at this year’s GAMA Trade Show and one which could appeal to gamers not normally part of the company’s fan base is The Last Banquet. The title is aimed to be played at family get togethers, dinner parties, and other gatherings where party games might be a hit. Up to twenty players can partake in the game where all but one are aiming to do in a single unsuspecting target.

A variety of scenarios will be included but the main gist is the majority of the players will be broken into two factions, each looking to cause the demise of a predetermined target. For example, in one scenario everyone is looking to knock off the king and each of the two factions have one assassin in their ranks. The trick is no one will know what faction the other players are aligned with as the game begins and if either of the assassins can find themselves next to the king that faction wins.

The Last Banquet is set to arrive later in 2014 and is sure to appeal to those who love the classic, Werewolf.