Quite few developments for Fantasy Flight Games’ Star Wars: X-Wing Miniatures series out of Vegas, with five new releases announced. First are Rebel Aces and Rebel Transport. Both are obviously Rebel Alliance expansions which include all you need to play with alternate paint scheme A-wing and B-wing fighters as well as the GR-75 medium transport. It looks as if the scale of the GR-75 is a bit off but, then again I doubt most gamers have the space to play with the transport if it were produced to scale.

Here’s the info from FFG regarding Rebel Aces and Rebel Transport:

Fantasy Flight Games is proud to announce the upcoming release of the Rebel Aces Expansion Pack for X-Wing!

Rebel Aces features one A-wing and one B-wing miniature, both of which come with alternate paint schemes. You’ll also find four highly skilled unique, new pilots; thirteen upgrade cards; maneuver dials; and all the tokens necessary to launch these starfighters into the thickest action of your space battles against the evil Galactic Empire. It also includes a new mission, which thrusts some of the Rebellion’s finest pilots into a desperate rescue effort that highlights the B-wing’s durability and the A-wing’s agility. 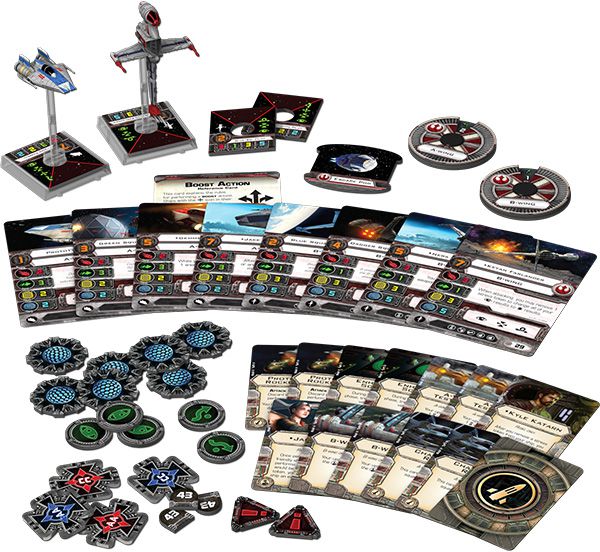 Recreate the drama of the Rebellion’s desperate escape from Hoth and explore new adventures in the Star Wars galaxy with the Rebel Transport Expansion Pack for X-Wing! It comes with one huge, pre-painted GR-75 medium transport miniature and an X-wing escort. With rules for “energy” to fuel your shields and abilities, plus a new maneuver template that gives your transport the feel of a truly huge ship, the Rebel Transport Expansion Pack enhances your missions and Cinematic Play experience. It also opens all-new possibilities in the game’s Epic Play format! 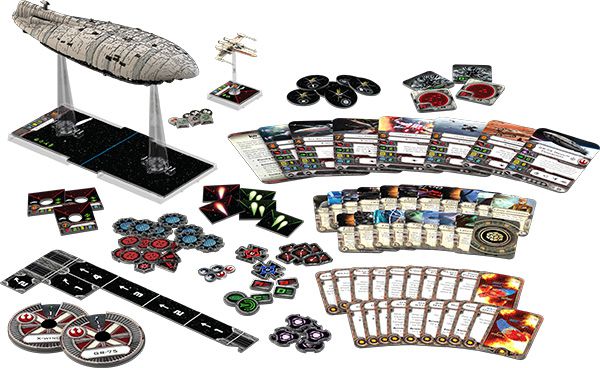