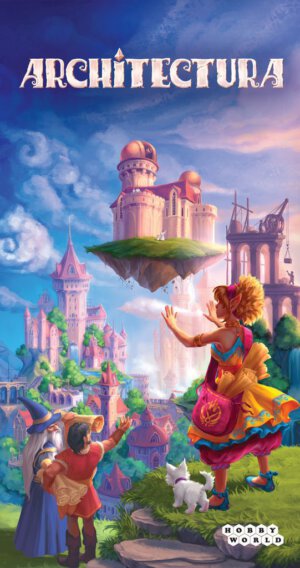 Arcane Wonders has a lot cooking this Fall and one of their releases, a city building card game, looks like a great fit for the light strategy gamers out there. In Architectura, players represent architects tasked with with building a fantasy styled city while also making sure the areas they create are aesthetically pleasing and serve a purpose. Originally released by Russian publisher Hobby World, Architectura is for three to five players, ages 14+, plays in around an hour, and will carry an MSRP of $19.99 when it arrives in stores September 18th.

The most eminent architects came here to erect a magnificent city with the best theaters, greenhouses, and taverns. Each architect wants to make the most significant contribution to the city construction, but their ambitions will inevitably lead to a challenging competition.

In Architectura, your table turns into a grid of city streets and blocks. Each building you construct affects the value of the adjacent buildings, or even destroys them! Let’s say you’ve just built a magnificent temple. A vulgar market around the corner doesn’t belong there anymore and has to be shut down right away — but a park near the temple’s entrance will definitely be a good match and will even profit from the divine proximity.

Rotate the cards to change their values, resolve their special effects, and do your best to carefully manage your options to become the best architect of the city!

Play Architectura by the basic rules or the advanced rules in which you assemble a unique deck for each player. Whichever version you play, each game will be different! 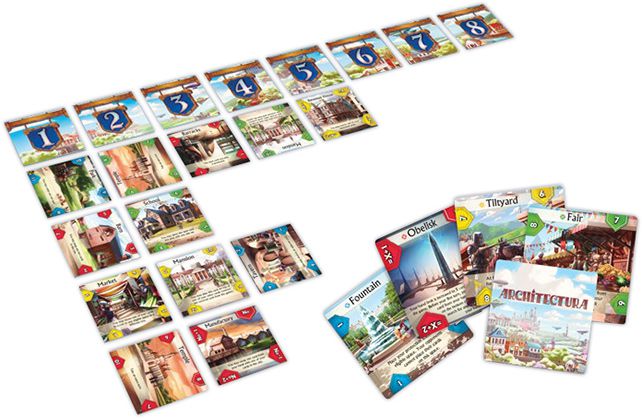