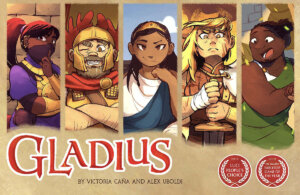 A new game of gladiatorial wagering is making it’s way into stores from Deep Water Games this month. In Gladius, designed by Alexandre Uboldi and Victoria Caña, players will attempt to help of hinder teams of gladiators in order to win bets made on the contest. The game is for two to five players, ages 13+, plays in around 20 to 30 minutes, and will carry an MSRP of $24.99 when it hits stores May 26th.

In Gladius, play as cunning Roman spectators trying to make the most money by betting on rigging the gladiatorial games. Each round, players secretly place bets on competing gladiator teams. Through the skillful use of underhanded tactics, players can help and hinder teams to alter the outcome of each battle. The player with the most money at the end of three rounds wins! Will you walk away with toga pockets brimming full of gold, or will you be left without a single denarius to your name?

To start the game, choose one of the five playable characters: the Beast Tamer, Senator, Biggest Fan, Centurion, or Spy Master. Each character has a special power that you can use to turn the tides in battle!

Draw a random event card to determine how many gladiators will compete and what skill(s) the event is judged on. Each gladiator has varying levels of Fight, Theatrics, and Luck that can be buffed or nerfed throughout the game.

Take turns secretly placing bets on which gladiator team you think will emerge victorious or which team will fall short.

Use your hand of influence cards to assist gladiator teams, backstab them, or cause general mayhem!

After each player has placed their final bet, reveal all hidden influence cards and determine the winner! 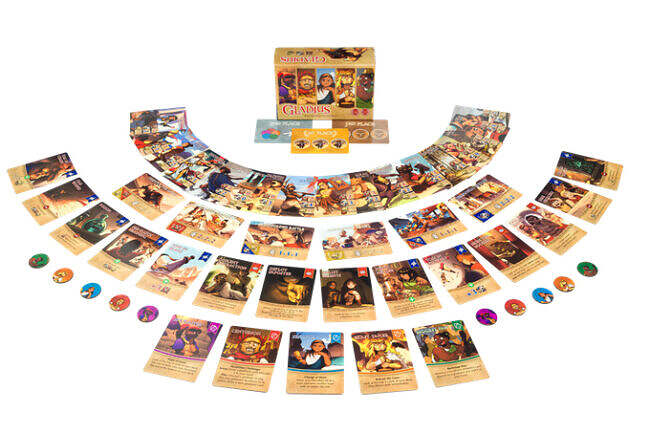