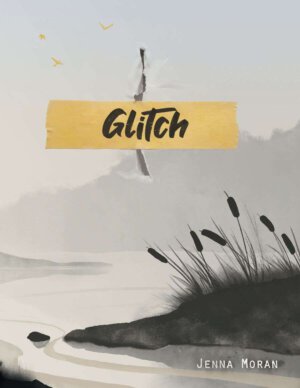 Author Jenna Moran and A Far and Sunless Land have released the eagerly anticipated Glitch: A Story of the Not RPG in PDF. The game invites players and game masters to build their unique world from the ground up. This massive 432 page PDF is available at DriveThruRPG for $32.95. A physical ediiton of the book is on the horizon.

Glitch is the first modern installment in a long-running series of games (starting with the RPG “Nobilis”) for people who like recreational philosophy and metaphysics and thinking about how their fundamental experience of the world works. These are games built, from the ground up, to take thought experiments and goofy arguments and self-expression on the core of one’s meaning and identity and blend them in seamlessly with the banter, conflict, exploration, and (in this case) mystery solving that you’ll find in a tabletop RPG.

It’s a game about people who’ve found mistakes in the way the world’s put together; seen that the world itself is wrong; and, therefore, of course, developed eldritch powers, gotten inducted into a mystical society, acquired a passel of enemies, frenemies, and dubious allies, and picked up a tragic backstory.

Oh, and, just possibly, a horse. 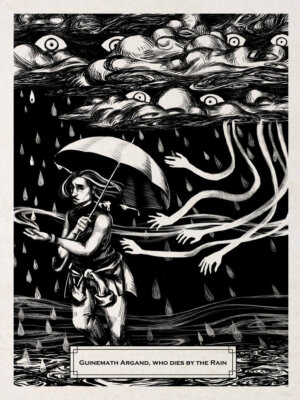 Anyway, though, the most important thing they got, the most key and the most critical, was the power to fight back, the power to make answer to this vale of suffering, this vast great hill of woe: a literal or metaphorical world-slaying weapon, just tossed into their hand, only, you know, the problem is, and they all do eventually figure this out—at least the player characters do—

Fixing things with a world-ending weapon, well … that’d be like blowing your nose with a trout!

So, if you’re more interested in finding hope and solving mysteries than in blowing your nose with, well, any kind of fish, really, just stick this game in your cart, read the note at the bottom of the page to make sure you know what you’re getting into … and buy!

Note: An earlier edition of Glitch was available (with different art, layout, and a few text changes) to kickstarter backers and in the Bundle of Holding; it is still available at the time of this writing here, but will be removed once print-on-demand for this edition becomes available.