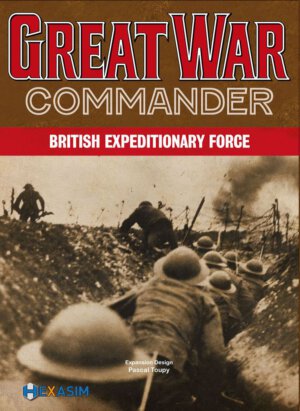 Hexasim and GMT Games have released an expansion to the World War One board game Great War Commander. Great War Commander: British Expeditionary Force brings the British and their dominions, new rules, and sixteen scenarios to the game. Currently the expansion is available for an MSRP of $65.00.

Great Britain’s has its own 72-card Fate Deck and 9-cards Strategy Deck highlighting its historical strengths and weaknesses.

16 new scenarios and one campaigns will take place on the most iconic battlefields where the British Expeditionary Force fought: Mons, Neuve-Chapelle, Somme, Passchendaele, Villers-Bretonneux… They will take 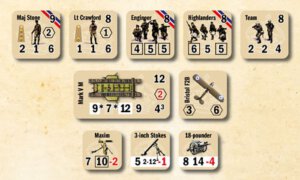 Like its mother game Combat Commander, Great War Commander is one of those rare, exceptional values in board wargaming — a game that can be revisited time and time again, each time with a new story to tell. Great War Commander: British Expeditionary Force also includes an updated Rulebook (version 1.1) incorporating all known errata and clarifications.