Let’s wrap up this year’s Spooktacular with what is possibly the most famous radio broadcast of all time: Orson Welles and the Mercury Theater on the Air players’ adaptation of the classic H.G. Wells’ tale The War of the Worlds. There’s been plenty written over the years about the various levels of panic the broadcast set off but, in the end, there’s no getting around the fact the program is still excellent radio; the Martian approach into New York is especially creepy and, even though I’ve shared this during previous Spooktaculars, I really love this broadcast. Be sure to check out the great PBS episode of The American Experience to learn more about the behind the scenes history of Orson Welles and the show too.

So kick back and listen to The War of the Worlds as is originally aired, and sent many listeners into shudders of fear, on October 30th, 1938. Happy Halloween everyone!

Be sure to download the show for on the go right here. 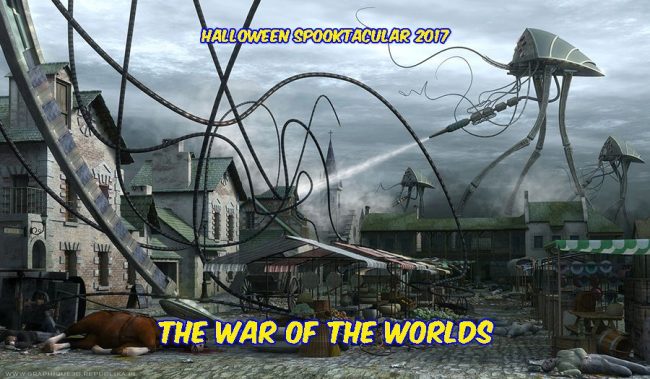