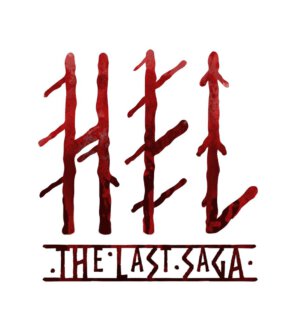 Mythic Games is in the midst of a Kickstarter to fund the board game Hel: The Last Saga and the project has already passed a half million dollars in funding. In the game, players lead a group of vikings through a horror filled wilderness in order to survive long enough to solve the mystery of a missing colony. The game is for one to four players, ages 13+ (my guess), and plays in one to two hours. The project is well past it’s funding goal and you can reserve a copy for a $129.00 pledge through May 26th with an expected delivery of June of next year.

It’s year 999. The Christianisation of the Scandinavian countries is ongoing, but some Vikings are stubborn and are fighting to keep their culture and their beliefs. A new territory has been discovered, which could be the promised land they have always looked for, where gods walk alongside the worthy; a land of opulence, abundant harvests and good living, the very idea of Valhalla.

The first expedition settled there and founded a colony. Months later, a second expedition is sent there. The sea voyage goes very terribly and many men die. A small band of survivors arrive hungry and exhausted at the 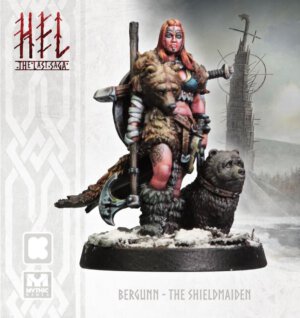 colony camp, which does not look at all like what they imagined. They discover an icy and disturbing place, immersed in the mist, surrounded by an oppressive forest… and empty! None of the settlers are there. What was their longship is planted into the earth in the centre of the camp like a sinister totem. They will have to rebuild the camp, survive the hostile conditions, explore this cold and frightening land before understanding what happened and solve the mystery.

HEL: The Last Saga is a cooperative survival horror viking board game, created by the duo behind SMOG: Rise of Moloch by CMON, game designer David Rakoto and art director Christophe Madura. The game offers players the chance to lead a small group of survivors, each with their own background and secret motives. The players must cooperate if they want to survive the immediate dangers of cold, hunger and external threats, but they will also have to complete their inner quest to be worthy of the Saga that will retain their name. HEL: The Last Saga is highly narrative, with chapters to read according to what the players accomplish. The game mechanisms mix exploration, tactical combat with a bit of resource management. Storytelling and background are ubiquitous and replayability comes from the unique way you have to replay a failed mission.