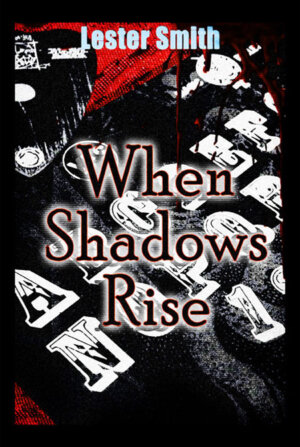 A new horror RPG is in the future from Signal Fire Studios. When Shadows Rise is designed by Lester Smith and he has created a system using a D13 (D13???) for action resolution. No word yet when the print edition will be available but this is a release we’ll be keeping our eyes peeled for.

“Horror roleplaying is a tough beast to tame. In fact, once you tame it, it isn’t horror any longer.”

— Lester Smith, from the Preface

Legendary game designer Lester Smith (Dark Conspiracy, Dragon Dice) has spent years pondering and tinkering with game mechanics and a backstory that would support multiple traditions of horror. One in which player characters could die—often horribly—yet there would be a sense of continuity and satisfaction in play. The results of his labor are coming soon … When Shadows Rise.

When Shadows Rise is a horror roleplaying game using the new d13™ game system to support easy-to-learn, fast-to-play games that keep the focus on the story, the characters, and the action—even when it leads to gruesome results. The game supports any sub-genre of horror, from ancient Beowulf to alien bughunt and anything in-between.

Even the tiniest flame can pierce the deepest darkness, and if one light is smothered by the blackness, another may emerge. Create a character to fight back the darkness and slowly grow to understand your role in a cosmos where light eternally struggles to overcome the dark.