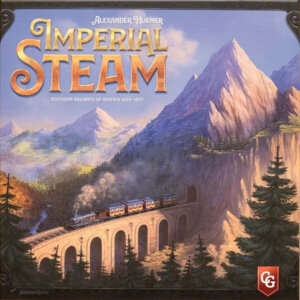 Capstone Games has just announced a new 18xx game slated for release this Fall. In Imperial Steam, designed by Alexander Huemer, players will compete to build and maintain rail lines into and out of Trieste. The game is for two to four players, ages 12+, plays in around two hours, and will carry an MSRP of $69.95 when it arrives in October.

The Industrial Age is starting to boom. You are in need of more workers for your factories, and you also need more workers to build railroad tracks to expand your railway network. This, in turn, will enable you to deliver the goods from your factories to cities with high demand. But do not forget to earmark goods for fulfilling profitable public contracts, because when the connection to Trieste is made, your net worth is all that matters.

Imperial Steam is a highly strategic yet accessible economic and logistics game that sees you making difficult decisions as you manage your business’s operations while navigating fierce competition to ensure your victory!

Two unique game ending rules with their own scoring steps!

Will you build a track all the way to Trieste or will the game end after 8 rounds? 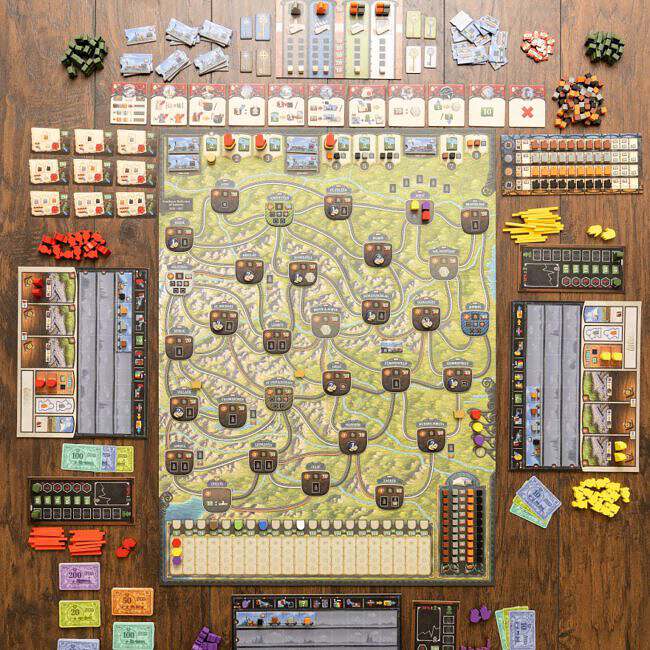