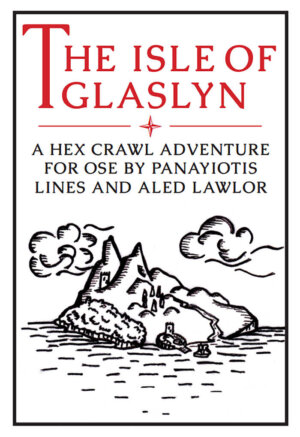 Newcomers Leyline Press have released an interesting looking foldout pamphlet styed roleplaying game adventure for Old School Essentials and other fantasy OSR retroclones. Isle of Glaslyn is a mini hex crawl steeped in Welsh legend. No character level information is available but I’d take a stab it’s a low level tale. You can score the release for approximately $9.99.

All eyes have turned to the Isle of Glaslyn. Within her ragged, mist covered hills a bounty of wealth buried beneath the earth. Twisted veins of copper entwined with gold which have filled men’s hearts with greed and they have rushed to the isle with the promise of riches.

The Isle of Glaslyn is riso printed pamphlet adventure module designed to be compatible with Old School Essentials and other classic retro clones.

What we are really proud of is the fold out design. The book comes as a fold out booklet. On one side is player facing information such as a fully illustrated and keyed hexmap as well as town map. On the other side is GM facing information, packed with useful info such as random monster tables, key NPC information potion tables and more all acting as a GM screen.

We’ve also packed as much gameable content as we could into the book, each of the seven hexes is detailed out, there’s also two illustrated dungeons and an intertwined adventure drawn from Welsh Mythology with two big surprises at the end.

This is the perfect adventure to slot into an ongoing campaign or to run as a one shot for your group or at a convention where space is a premium. 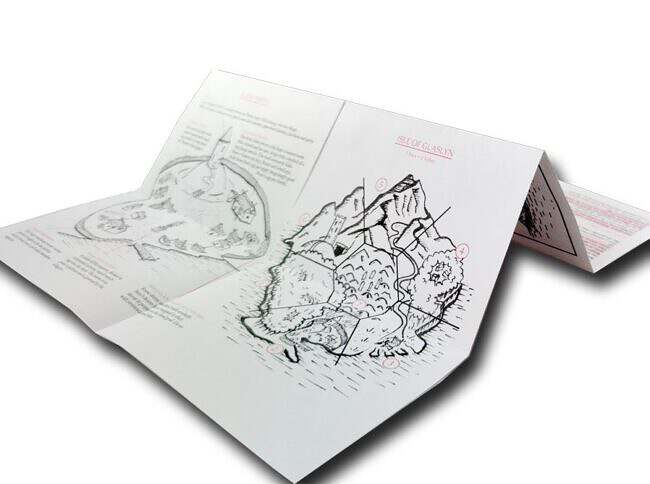