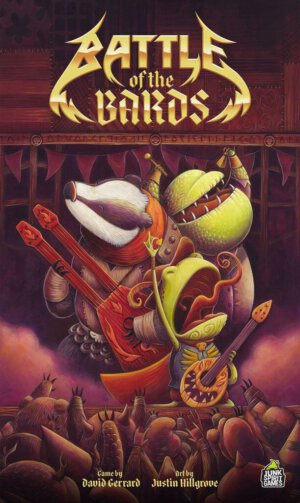 Junk Spirit Games has an interesting dice chucking and deck-building style fantasy game coming the Fall. In Battle of the Bards, players will hire (and fire) their musical trio and backup as they put on performances as they aim to capture audiences. The game is for two to four players, ages 10+, plays in around 20 minutes, and will carry an MSRP of $39.99 when it arrives in November.

Battle of the Bards is a competitive 2–4 player dice-rolling game with aspects of a deck-builder. Throughout the game, players manage a troupe of bards trying to capture the audiences as they travel throughout the Taverns of Tessandor for the annual performance competition.

Each round, players will have three of their bards take the stage. A fourth bard will take a supporting roll while it remains in your hand. These bards will provide the player with additional dice, and they will have a large variety of special abilities that can be used in many strategic ways.

Players will also create performances, reroll dice, capture audiences, and hire (and fire) bards in their troupe. Each captured audience provides victory points and a passive bonus. The game ends with a special Encore round where each player’s most heart-melting, face-melting bards will return to the stage once more to gain additional points. 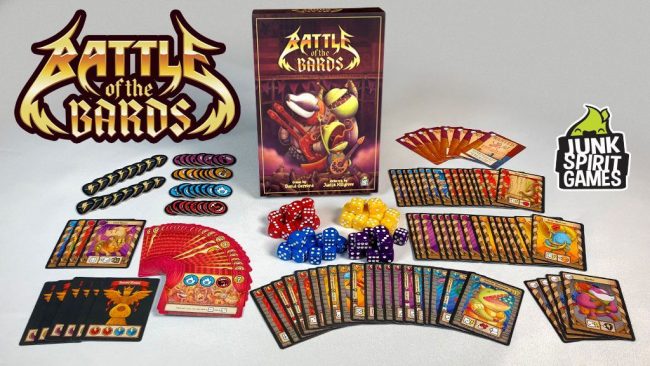