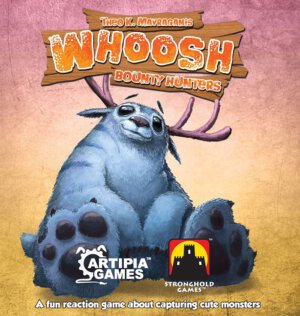 I have to say the artwork is mighty impressive for the upcoming family game of catching critters for cash coming from Artipia Games and Stronghold Games. In Whoosh: Bounty Hunters, two to eight players take on the roles of bounty hunters looking to snag a variety of monsters by quickly matching symbols and using fast reflexes. The game is for ages 8+, plays in 10 – 20 minutes, and will tentatively release on June 13th with an MSRP of $19.95.

Whoosh: Bounty Hunters is a fun, fast-paced reaction game in which players try to capture monsters and collect bounty.

Each player has a face-down pile of cards in front of them with weapons and spells. Three monster card piles are at the center of the table, each with a revealed card in front of it. Each monster requires a different combination of weapons or spells or both to be captured. The players, one by one, reveal cards from their piles. As soon as the cards revealed by all the players meet the requirements of one of the monsters, they must quickly place their hand on it. The first player to do so captures it and gets to score its points. If a player tries to capture a monster without all the requirements met, they get a negative point instead.

After each attempt to capture a monster, a new card is revealed in its place. When a pile runs out of monster cards, the game is over and the player with the most points wins. 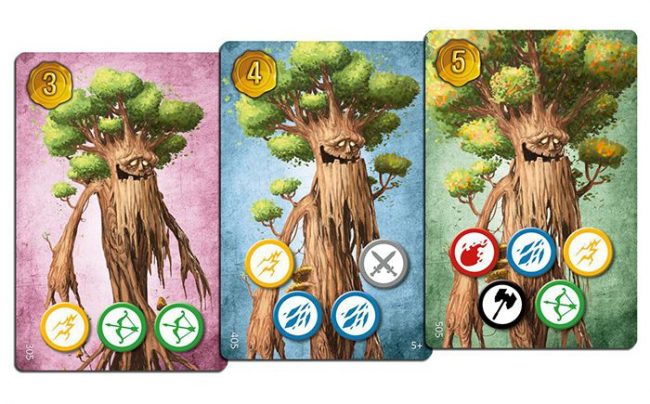