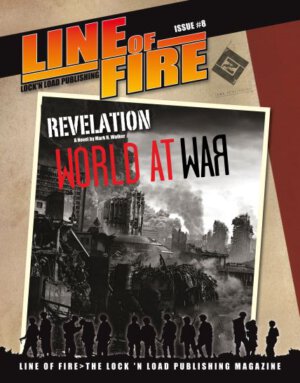 Lock ‘n Load Publishing has announced that their gaming magazine, Line of Fire, will be available as an eight issue compilation on CD. This includes every issue of the magazine to date and can be mailed right to your door. At NO EXTRA Charge, because for the duration of the sale Lock ‘n Load will not charge shipping for the CD. That’s tens of scenarios, hundreds of counters, and thousands of words. Just pop the CD in your computer and read, print, and play.