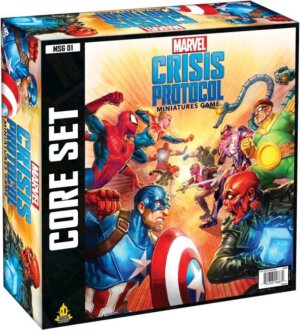 One of the most impressive looking new games at Gen Con had to be the reveal of the Marvel: Crisis Protocol miniatures game from Asmodee newcomers Atomic Mass Games. The core box will release this Fall and include ten plastic miniatures as well as plenty of terrain and game materials. An exact release date hasn’t been announced yet but the core will carry an MSRP of $99.95.

Marvel: Crisis Protocol is a tabletop hobby miniatures game set in the Marvel Universe. Players assemble, paint, and collect an ever expanding line of highly detailed plastic miniatures representing iconic Marvel characters. Players choose characters from their collections to form their own Marvel inspired dream team and then pit their chosen forces against each other on an interactive tabletop where the very terrain itself can be thrown, crashed into, and destroyed during the super powered showdown. 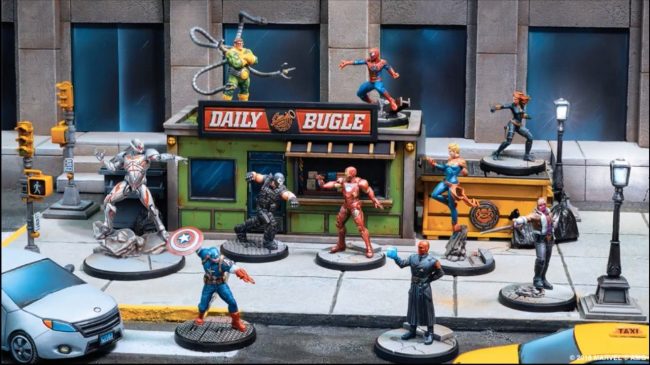