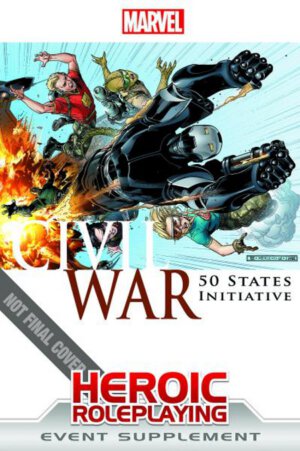 Releasing this Summer from Margaret Weis Productions are three supplements for the Civil War event in Marvel Heroic Roleplaying.  Marvel Heroic Roleplaying: Civil War: 50 States Initiative tells the story of Tony Stark’s operations in every state which form the basis of new superhero teams.  A full roster of Initiative members are included as well as new trainees which can be included in your Civil War campaign.