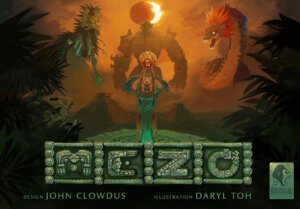 A new area control  fantasy game set in ancient Mesoamerica is on the horizon from Kolossal Games and Asmodee USA. Mezo places players in the roles of deities aiming to lead their followers to domination and glory. The game is for two to four players, ages 14+, plays in 60 to 120 minutes, and will carry an MSRP of $89.99 when it arrives in Q1 2020.

It is a time of blood, of ritual, of war. Gods walk among the tribes, each hungering for the devotion that gives them form. Though the gods are many, only one will endure the ages above all others.

Mezo is an innovative game of area control for 2-4 players inspired by Mayan mythology. You will control a powerful god and it’s tribe of followers. These tribes will clash for dominance, build step pyramids, and make sacrifices all in the name of their god. Featuring massive god miniatures, each with vastly asymmetrical strategies, as well as numerous ways for you to achieve victory, Mezo is a unique take on the area control genre.

Key Points:
– Innovative and intuitive area control with multiple ways to win.
– Massive Mayan god figures, each with their own unique strategies and actions.
– A rich Mayan theme, beautiful artwork, and engaging gameplay. 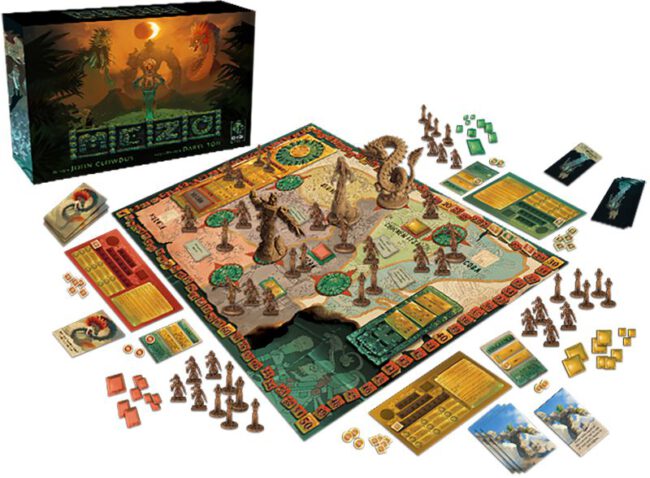