GMT Games is currently taking preorders for the modern era wargame Decisive Action. In the game, designed by Joseph Chacon, players take the roles of battalion commanders as the United States and Russia clash. Decisive Action is for two players, ages 14+, and can be preordered for $65.00 while the final MSRP will be $90.00.

DECISIVE ACTION is a game of tactical level warfare between modern American and Russian forces. Players are in the role of the battalion commander and must decide how to order subordinate units to fire and maneuver, how to allocate assets like helicopters and drones, and how to choose the best battle plan each turn via selection of activation cards.

The game is based on the US Army Combined Arms Battalion (CAB) conducting traditional high intensity force-on-force missions against variable-sized Russian forces, which include a reinforced Motor Rifle Company, a Battalion Tactical Group (BTG), or a Composite Brigade.

Following the old rule of thumb about commanding two levels down, the primary units are platoons of soldiers or vehicles, along with some squads, teams, and single vehicles. Each turn represents approximately ten to fifteen minutes of real time and each hex approximately 250 meters across. DECISIVE ACTION is not a classic card-driven game but makes extensive use of cards for information purposes, activations, and random events.

There are other great tactical level games like GMT’s MBT series that focus on individual vehicles and delve into details like specific ammo types and armor penetration, but the rules in DECISIVE ACTION were intentionally developed to be simple and fast-playing while still providing the feel of modern combat and Command and Control (C2).

Jeff McAleer
Founder/Editor-in-chief of The Gaming Gang website and host of The Gaming Gang Dispatch and other TGG media, Jeff tackles any and all sorts of games but has a special fondness for strategy, conflict sims, and roleplaying games. Plus, he's certainly never at a loss for an opinion...
Latest posts by Jeff McAleer (see all)
Tags: Decisive Action, GMT Games, Joseph Chacon 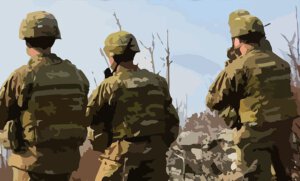