Today Modiphius Entertainment announced a new boutique line of 28mm miniatures for Fragged Empire. The first wave consists of ten minis (eleven if you count an included sidekick with one) and they look mighty sharp. I will mention the resin figures are quite a bit pricier than I’m used to seeing as, with the current exchange rate, each carries a price nearing $19.00 US.

Today we’re really pleased to announce the release of a brand new line of boutique miniatures for Wade Dyer’s awesome Fragged Empire RPG.
Modelled in resin these 28mm, Heroic Scale Miniatures are the perfect accompaniment to Fragged Empire’s far future indie RPG, which chronicles the fates of four non-human races as they seek to build a new society and begin life again amongst the stars, after barely surviving a genocidal war with their creators. 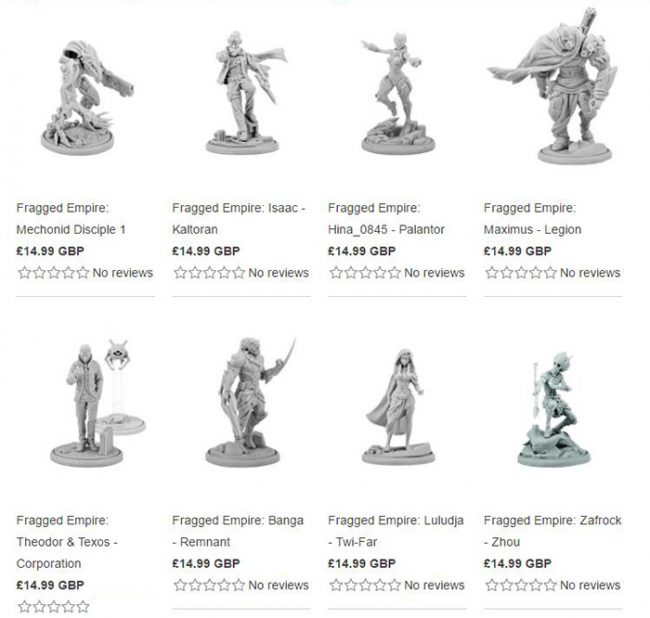 Preorders have Begun for Dune – Adventures in the Imperium: Masters of Dune

Shadows of Atlantis has Arrived for Achtung! Cthulhu 2d20