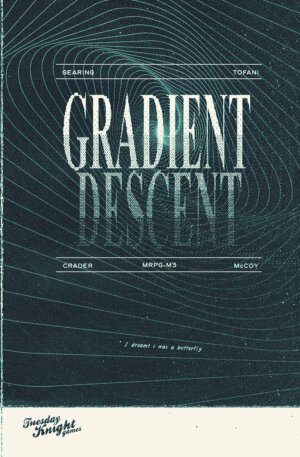 The science fiction/horror roleplaying game Mothership has a new adventure from Tuesday Knight Games. Gradient Descent is a megadungeon featuring an android factory run by a rogue AI. The 64 page PDF is PDF is available at DriveThruRPG for $9.99.

Gradient Descent is a sci-fi horror megadungeon set in an abandoned android factory controlled by a powerful rogue AI known as “MONARCH.” Built from the ground up for the ENnie Award Winning Mothership RPG.

This adventure is suitable for characters of any level in a survival horror setting and is sure to pose a challenge to even the most battle hardened party. You can even find the core rules for Mothership here for Pay What You Want.