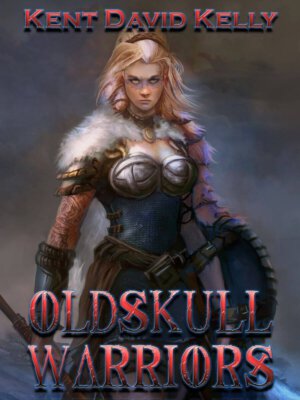 Wonderland Imprints, and author Kent David Kelly, have released a new Oldskull supplement for OSR roleplaying. Mythic World of Oldskull – Oldskull Warriors includes loads of expanded rules and systems to incorporate into just about any pre-1990 edition of the worlds oldest fantasy RPG. You can score the 141 page PDF at DriveThruRPG for $4.99.

Wonderland Imprints is proud to present the first volume in the Mythic World of Oldskull series, providing the advanced modular rules developed for author Kent David Kelly’s epic campaign adventure game. These volumes are designed to integrate perfectly with one another if you collect them all, or to stand alone if you prefer to pick and choose aspects from the Oldskull campaign that you’re personally intrigued by. If you’re looking for universal and directly compatible old school materials to bridge the original game editions created by Arneson and Gygax (1974-1985), Holmes (1977), Moldvay and Cook (1981), Mentzer (1983-1986), and other luminaries of TSR (1974-1989) into a single refined system, you’ve come to the right place.

This detailed volume features the fully refined and corrected classes of the warrior archetype: the doughty Fighter (with clarified rules for weapon specialization), the revised Oldskull Barbarian, the intrepid Hunter, and the deadly Ranger of Queen’s Cambria. All classes have been fully integrated with world mythology, folklore, weird fiction, and detailed campaign notes from the author’s campaign that will bring your warrior characters alive in the World of Oldskull. All of the classes and rules have been reimagined and updated throughout with extensive sagely advice along with out-of-print magazine and newszine errata, supplemented by notes and musings derived from E. Gary Gygax in accordance with his vision for his never-attained Advanced Second Edition.