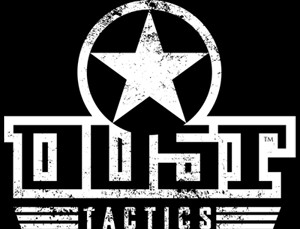 Fantasy Flight Games is upping the ante adding even more units, including helicopters, to the ranks of Dust Tactics.

In preparation for a new campaign, the SSU unveils more advanced technology, and the Axis counters with a new walker. With these exciting units, the battle for supremacy in Dust Tactics becomes even more deadly! Joining the mighty SSU bloc is the fearsome SSU Ground Attack Helicopter, the swift SSU Airborne Walker Transport, and the gritty SSU Commissar Squad. Meanwhile, the versatile Panzer-Kampfläufer III brings extra toughness to Axis forces.

The SSU Commissar Squads are unique in how they operate on the battlefield. Sometimes they are deployed as a single unit, but more often they’re attached individually to squads. Commissars are political agents tasked with enforcing the SSU’s ideology, and they do that quite effectively embedded in infantry squads. From there, they can also bolster each squad’s fighting abilities.

Commissars act much like heroes when joining a squad. In fact, some of them have special abilities that you are already likely familiar with, like Badass and Assault. Also, some commissars are equipped with unique weapons that can add extra punch to any unit, including the DPM machine gun and the PTRS-47 missile launcher. Whether fielded as a unit or dedicated to other infantry squads, the SSU Command Squad brings additional firepower and abilities to your SSU force.

Dropping walkers in the midst of battle, the SSU Airborne Walker Transport strikes with lightning speed. This expansion comes with a KV-47 Walker that has been modified for aerial transport. This altered walker has three optional builds, meaning there is a perfect option for any situation. The speed and strength of the SSU Airborne Walker Transport are an effective pairing. 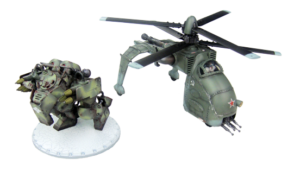 The three optional builds for the altered KV-47 Walker included with the SSU Airborne Walker Transport are the Nastasia, Nikita, and Nina. All of these walkers have the Assault ability that makes them even faster once they deploy on the battlefield. Nikita has an artillery weapon that allows you to make attacks without line of sight when paired with a spotter squad, and the Nastasia has a long-ranged gun that is useful for combatting aerial threats. The Nina makes use of dual RPG-47s, which fire short ranged anti-armor rockets. With a single hit from this powerful weapon, most walkers are reduced to scrap. 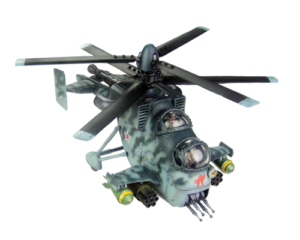 Enter the SSU Ground Attack Helicopter! This potent gunship is the heavyweight of the SSU forces, and it’s rightly respected by all of the SSU’s foes. Featuring four variations, the SSU Ground Attack Helicopter can handle any task with its massive arsenal of weapons to choose from, including machine guns, cannons, rockets, bombs, and more. The only question is what combination of weapons will you use to annihilate your enemy?

The Striker uses a mix of machine guns and cannons to halt the approach of enemy infantry, and it is quite capable of providing air superiority as well. Armed with Napalm and Rocket pods, the Burner lives up to its name. Hovering above the battle, the Airblaster searches for targets on which to drop its 250kg bombs. Finally, the Death Rain mixes incendiary Napalm with bombs to create an inferno of destruction at short range. 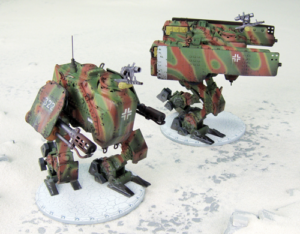 The Flamm-Luther is equipped with two Schwer Flammenwerfers. This oversized flamethrower can melt away even the thickest of armor. In addition, this walker has the Assault ability. The Wotan uses long-ranged laser weapons to punch holes through unfortunate soldiers and vehicles. The last build option in this expansion is the Wotan-AR that features the same laser cannons as the Wotan, but it has heavier armor for added protection.

The SSU adds flexibility, speed, and brute strength to their faction with the SSU Commissar Squad, SSU Airborne Walker Transport, and SSU Ground Attack Helicopter. These expansions give SSU commanders the tools they need to compete on any battlefield. In response, the Axis introduces the Panzer-Kampfläufer III, a tough and versatile walker platform. These Dust Tactics expansions will be available late second quarter 2012.

Remember, when you add reinforcements to your Dust Tactics army, you’re also building your Dust Warfare force at the same time! All of the Dust Tactics expansions, including those announced in this article, can be used in the forthcoming Dust Warfare tabletop game. With one set of miniatures for two games, all you will need to start playing Dust Warfare is the Core Rulebook.