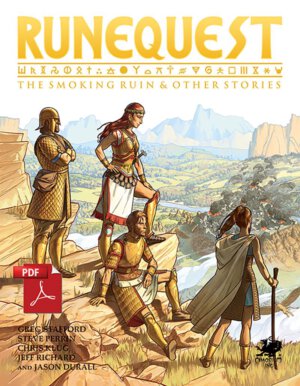 A new release for RuneQuest has arrived from Chaosium Inc. The Smoking Ruin & Other Stories contains plenty of supplemental info about the South Wilds region as well as a trio of fresh adventures. The 192 page PDF is available at DriveThruRPG for $18.99.