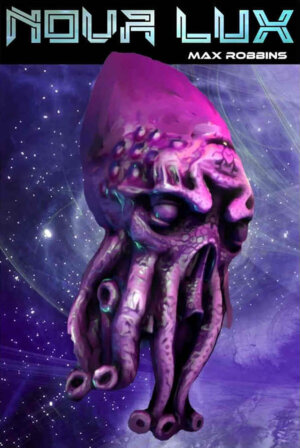 An interesting looking science fiction game will arrive in Q1 2021 from Dragon Egg Games. In Nova Lux, players will lead orphaned alien races as they attempt to avoid extinction aboard their ark ships. The game is for one to six players, ages 14+, plays in around 45 to 90 minutes, and will carry an MSRP of $29.00 when it arrives in March 2021.

The universe is on the brink of extinction. It has been on this path since its inception where its primary function has always been to decay. The stars have burned into cosmic dust and scattered worthless energy throughout the vast black tapestry of space. There are only a handful of star systems left that are capable of supporting biological life.

You represent a federation of orphaned alien species that have escaped systems with collapsed stars aboard planetary Arks of Salvation. You must re-establish hope amidst the universal apocalypse. Provide for the basic needs of a civilization of orphaned beings adrift in a dying universe and establish your new synthetic self-contained ecosystem in a space colony that exists as a shell wrapped around one of the final remaining stars. you will harvest hydrogen from the collapsing stars around you to fuel your final journey through the cosmos to find a home amidst the chaos.

Your federation will need to establish and balance a life-perpetuating biosphere engine with botanical oxygen sources, water, life forms, and artifacts. Once you establish your colony, you will need to satisfy the desires of the leading factions of your federation to avoid systemic civil war and to ensure that unity endures after the last of the stars has collapsed.

Nova Lux is for 1 to 6 players, lasts roughly 15 minutes/player and combines resource management, engine-building, and off-turn action mechanics. It can be played solo, competitive or semi-cooperative.