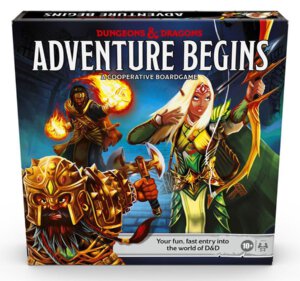 Wizards of the Coast will release a new fantasy board game this Fall aimed at introducing people to the world of Dungeons & Dragons. Dungeons & Dragons: Adventure Begins is a cooperative experience where the players will explore a variety of locales while facing off against one of four big baddies. The game is for two to four players, ages 10+, looks to play in around an hour or so, and will carry an MSRP of $29.99 when it arrives October 1st.

YOUR FAST, FUN ENTRY INTO THE WORLD OF D&D

Step into the exciting world of D&D with the Dungeons & Dragons Adventure Begins board game! Choose your character and work together along the journey through the lands of Neverwinter, facing fantastic obstacles, battling monsters, and defeating the boss monster terrorizing the realm. The role of Dungeon Master passes from player to player with each turn, so everyone gets to be part of the storytelling.

QUICK ENTRY TO DUNGEONS & DRAGONS: Step into the exciting world of D&D with the Dungeons & Dragons Adventure Begins board game.

COOPERATIVE FANTASY GAME: This fantasy board game is a portal to the monsters, magic, and heroes of Dungeons & Dragons. Players work together as they journey through the lands of Neverwinter.

CHOOSE A JOURNEY FOR YOUR PARTY: Choose a journey and which Boss your party of heroes will fight in the end. Choose from Felbris (Beholder), Orn (Fire Giant), Deathsleep (Green Dragon), and the Kraken. 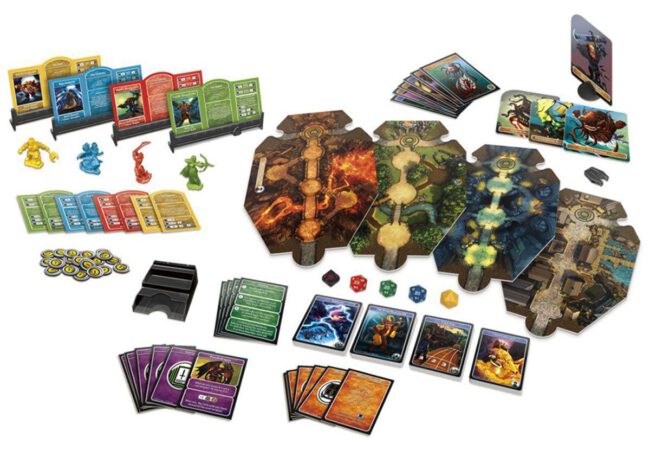