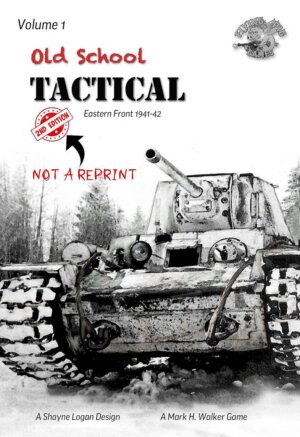 Mark H. Walker and the team at Flying Pig Games have brought a new edition of the first volume of Old School Tactical wargame to Kickstarter. This fresh edition – designed by Shayne Logan –  promises new artwork, rules updates in line with current OST releases, more scenarios, and more. The game is for two players, ages 13+, scenarios play in 60 minutes or more, and it looks like you’ll be able to get on board for a $110.00 pledge. There’s also an upgrade package available for those who already own the original.

Old School Tactical (OST) Vol I is the game that started the Old School Tactical train rolling. With its huge maps, straightforward play, and realistic feel, the game was an instant hit. So much of a hit that it sold out. Sold out and was reprinted and then the reprint sold out, but now…

Now it’s back in the ring, to take another swing. Not a reprint, but a full up 2nd Edition.

Shayne has redone the illustrations for all the soldiers (infantry units) for both sides, and enhanced the drawings of the vehicles.

The player aids. The Vol I Player Aid Cards have been brought up to the latest standards that includes the latest Vehicle Combat Table, which changed after the original printing.
Scenarios. The scenarios include corrections necessitated by errata, as well as a layout upgrade to bring them in line with Vol II and Vol III. Additionally, the game boosts 2 new tutorial scenarios, playable by newbies and grognards alike.

And several stretch goals that we think you all will like from neoprene border strips to mark the map edges on smaller scenarios, to upgraded, linen-backed data cards, to… well, you’ll just have to check out the Kickstarter to find out.

But what if you are new to the series. What is OST?

OST is the first in a dynamic series of fresh, tactical war games. OST simulates, through an easily-learned game system, small unit engagements on the Eastern Front during 1941-42.

Two players contest each scenario using counters representing the soldiers, guns, and vehicles that fought these desperate battles. On each turn play goes back and forth between the sides as Impulse Points are spent to enable a player’s forces to act. When the battle is over, casualty and victory points are tallied and a victor is declared. 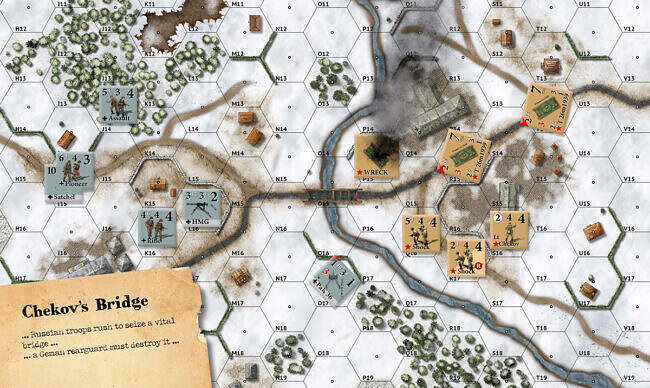 5E Monsters of Feyland 2: The Well of Dreams is Up on Kickstarter