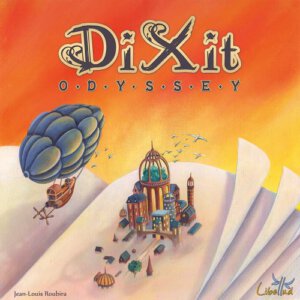 Asmodee is running one final contest in 2011, and it is your chance to get your hands on one of five separate games being given away as prizes to start the New Year off right. The drawing will be on January 2nd. Here are the details, or you can get them right from the source:

We’ve been trying to come up with some way to thank you for all the incredible support in 2011. And we decided the best way to do it would be to celebrate the holidays, and offer you just a few more prizes in this, the last contest of 2011.

Give yourself a gift this season. Participate in this last contest, and try your hand at winning some of the games that made 2011 special. We’ll give you some choices, but you have to choose just one. Select a game from the list below and email us at [email protected]. Tell us which game you would like to win, and we’ll put you in a drawing for that title. We’ll have five separate drawings, one for each game, with each game going to one of the people who chose that title.

Here are the games, so that you can make your choice from some of the best games of 2011, as well as some of our upcoming releases :

7 Wonders : Winner of nearly 30 awards including the Kennerspiel des Jahres, two BGG awards, the As D’Or and the Dice Tower award. The game will come with the Catan board promo.

Eclipse : Since the Essen toy fair, this exciting game has been hitting homes like a hurricane. Sold out before we received the first printing, Eclipse continues to gain new fans every day. The Supernova promo will accompany this prize.

Dr. Shark : Don’t feel bad if you haven’t heard of this one, since this game from Cathala and Bauza isn’t even out in North America yet. It officially releases in February, but for one person, it will be available now.

Dixit Odyssey : The latest addition to the acclaimed, award-winning Dixit continues to be one of our biggest titles in North America. This version won the Golden Geek for best party game of 2011.

Mundus Novus : Become a powerful merchant in search of the wealth of a newly-discovered New World. Cathala and Laget co-designed this 2012 release, and this particular copy will come with the promo cards.

With all these great games as prizes, you’ll have to choose wisely, since you can only try your luck with one. Start the new year the best way possible – give yourself a game!

Oh, one last thing. If you read this, like or share the Asmodee game news page on Facebook for one more chance to win a prize. I won’t say what it is. I’ll give you a hint – it’s a game we released in 2011. But no more hints. Oh, and it’s sold out everywhere. OK, really, that’s it.