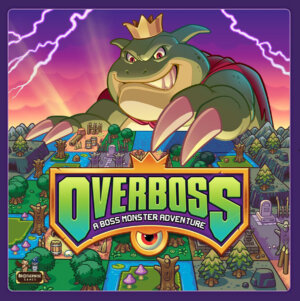 Later this month will see the release of a new stand-alone game in the Boss Monster universe from Brotherwise Games. Overboss: A Boss Monster Adventure, will put the players in the rolls of the big bads as they compete lay claim to the most powerful lands. Overboss is for one to five players, ages 8+, plays in around 20 to 30 minutes, and will carry an MSRP of 44.95 when it arrives February 17th.

In Overboss, rival Boss Monsters emerge from their dungeons to conquer the Overworld. Each turn, players draft and place terrain tiles and monster tokens. Their goal: to craft the map with the greatest Power and become the ultimate Overboss! 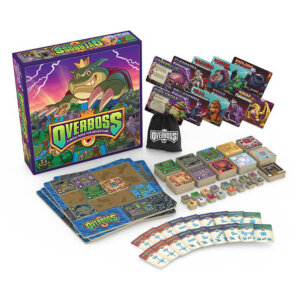 Monster, but this is an entirely new experience.

Build your map by drafting Forests, Swamps, Caves, Camps, Graveyards, Dungeon Entrances and other landscapes. Each terrain type has a different point value, and some increase in Power as you acquire larger sets. Players must balance optimal placement, set values, and disrupt their opponents’ sets. You’ll also need to manage monsters, which award points when grouped together or placed on matching terrain.

The game includes everything needed for up to 5 players: over 120 terrain tiles, over 100 monster tokens, 5 double-sided player boards, a scorepad, and more.