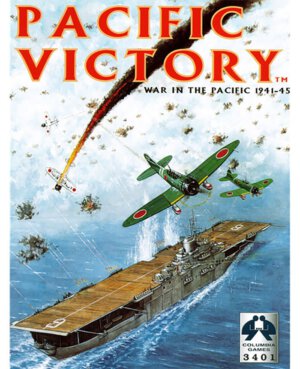 Columbia Games is aiming to bring a new revised edition of their epic scale WWII title Pacific Victory to the public through Kickstarter. The two player game tackles the entire Pacific Theater from 1941-45 in a fast playing and easily accessible manner. Pacific Victory is for ages 12+ and plays in around 3-5 hours for a full campaign. The project is already over 200% funded so you can reserve a copy of the game, and all stretch goals, for a $69.00 pledge through May 7th. Estimated delivery of the game is June of this year.

Pacific Victory is an exciting, fast-paced wargame simulating the Pacific Theater of WWII.

You can replay all of these campaigns or experiment with innovative strategies, including invasions of Australia, India, or Japan.