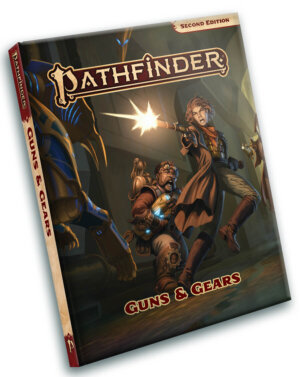 This Fall will see a big new sourcebook release for the Pathfinder roleplaying game. Paizo Inc has announced Pathfinder: Guns & Gears which will include two new classes, plenty of archetypes, loads of new equipment, and more. The supplement will arrive this October and will carry an MSRP of $49.99.

Gear Up and Throw Down! When sword and spell just won’t be enough to win the day, it’s time to power up your game with clockwork gears, lightning coils, and black powder! Guns & Gears, the latest hardcover rulebook for the Pathfinder Roleplaying Game (Second Edition), brings the excitement of firearms and fantasy technology to your tabletop! Unravel the secrets of clockworks with the new inventor class or blow away your opposition as a firearm-wielding gunslinger! In addition to new classes, a plethora of archetypes, backgrounds, vehicles, siege engines, gadgets, and the new automaton ancestry are all ready to expand your game with options for battlefields large and small. 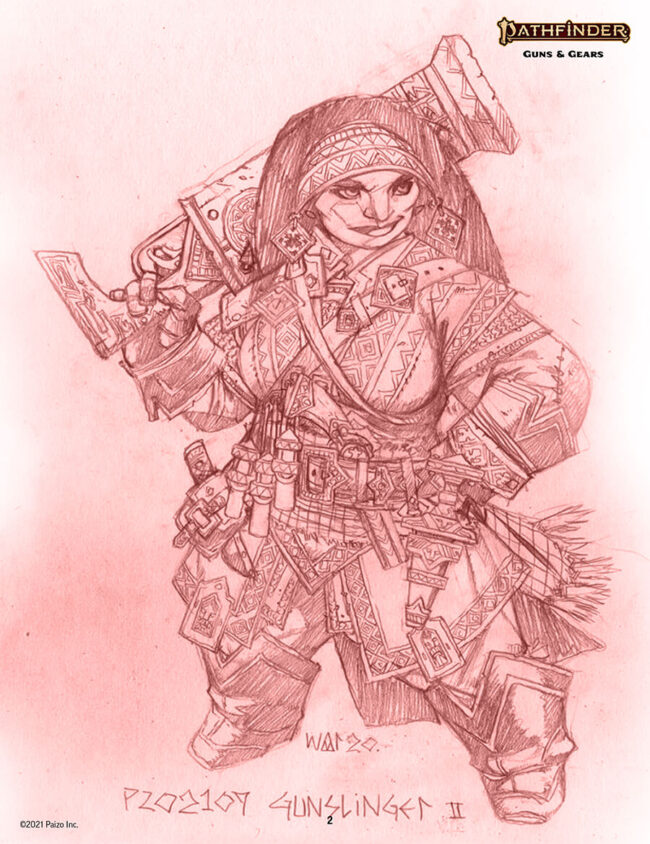