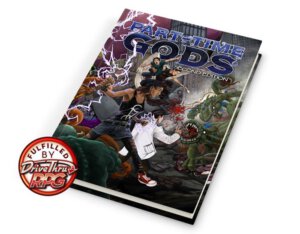 Eloy Lasanta and the team at Third Eye Games scored big success with their Kickstarter launch of Part Time Gods Second Edition as the project funded in the first seven hours. The roleplaying game allows players to take on the mantle of godhood (although mainly rather minor gods) in today’s mortal world, filled with both the wondrous and mundane. Currently you can secure a copy of the PDF at a $20.00 pledge level or The PDF/Print combo at a $50.00 pledge level (both include PDF stretch goals) through June 10. Expected delivery is July of this year.

Part-Time Gods Second Edition (PTG2E) is the latest iteration of a tabletop roleplaying game about the balancing act between influential gods and the people, groups, and places in their lives that keep them tied to their humanity. This game gives players the tools to create their own gods and go on to tell dramatic, exciting, and engaging stories — the kind only PTG2Ecan deliver!

Part-Time Gods Second Edition is a roleplaying game about modern gods who must balance the mortal and divine natures of their new life. The game has many inspirations, from American Gods, The Almighty Johnsons, Thor comics, and the Percy Jackson novel series to name just a few. It can be used to tell a number of different stories: 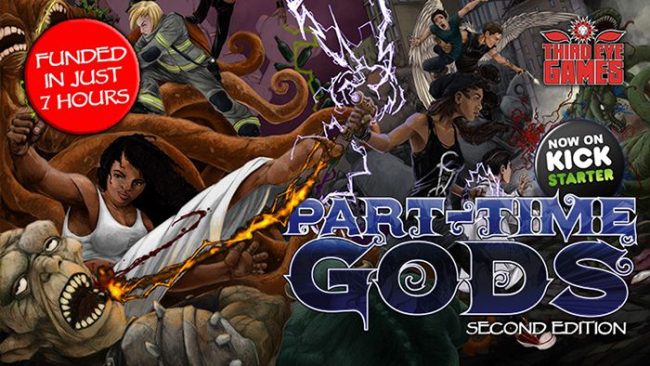