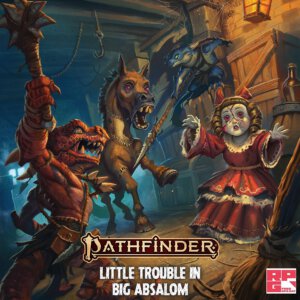 Paizo Inc will be including both a Pathfinder and Starfinder adventure in the Free RPG Day goodness at your FLGS this year. For Pathfinder we have Little Trouble in Big Absalom wherin the players will take on the roles of kobolds (Nope! Not goblins!) exploring a vault. Then, for Starfinder, we have Skitter Home as the players take on the role of a plucky skittermander crew organizing a rescue party to save fellow Reetamander festival goers from savage stridermanders. Both adventures will be available during Free RPG Day 2020, which is July 25th.

Free RPG Day works with top RPG Publishers to create the can’t miss RPG event of the year at hobby game stores around the world.

Participating retailers receive an abundance of new and exclusive RPG adventures, products, and accessories to provide the ultimate day of RPG gaming with giveaways and massive foot traffic.

Gamers get to play new games, publishers get exposure and hype for their core products, and retailers get booming sales.

Always living in the shadows is hard when you’re a clever and regal creature like a kobold. Now it’s time to make a name for yourself and bring honor and prestige to your clan.

In Little Trouble in Big Absalom, you take on the role of one of five kobolds from the Hookclaw clan tasked with exploring a treasure-laden vault discovered by a team of Hookclaw diggers. Enticed by the potential wealth, the kobolds brave terrible dangers in what turns out to be a *spoiler* before being asked by the kind old lady to retrieve her magical hedge trimmer from a neighbor’s garden.

Little Trouble in Big Absalom includes two mini adventures that can be played back to back or alone—filling as much or as little time as you have for madcap adventure. In addition, the five pregenerated kobold characters provide a preview of the upcoming Pathfinder Advanced Player’s Guide in this exciting offering for Free RPG Day! Grab some dice and some friends and play the role of determined kobolds! 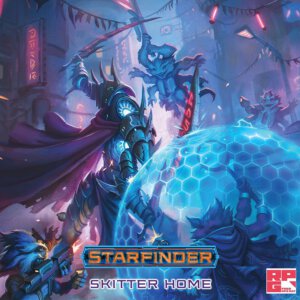 Even the most helpful six-armed heroes sometimes need a little rest and relaxation. But while on vacation to their homeworld, our veteran skittermanders come face-to-face with a threat far more dangerous than they could have expected. Once again, this fuzzy crew must save the day!

In these unique adventures, players can tackle two harrowing incidents in any order they wish, or they can play them separately as standalone sessions. In the first, they party at Reetamander, a festival celebrating a lunar eclipse on the skittermanders’ homeworld, but are forced to confront a villain who attempts to sabotage the festivities. In the second, their underground hunting expedition turns into a rescue mission when stridermanders—massive, terrifying cousins of the skittermander species—wreak havoc in the caves.

In addition to these versatile adventures, this book includes four pregenerated characters that are ready to play, with full stat blocks and backstories. The inside covers include all of the maps needed for this adventure.

Skitter Home is a raucous affair written for the popular Starfinder Roleplaying Game. It’s intended for four 4th-level skittermander characters who are looking for some fun before jumping into action like the helpful heroes that they are.