This August brings a slew of Pathfinder and Starfinder roleplaying content from the fine folks at Paizo Inc.

Here’s the info on all the gaming goodness on the near horizon from Paizo: 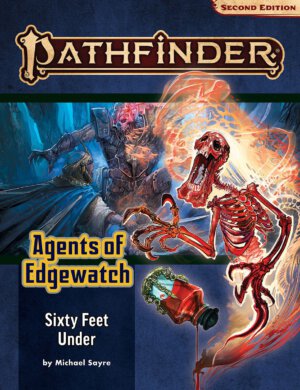 Pathfinder Adventure Path #158: Sixty Feet Under (Agents of Edgewatch 2 of 6)

The Edgewatch agents follow up on a lead in Absalom’s financial hub, where they unravel a series of clues to determine the target of an impending bank robbery and put a stop to the crime before it occurs. The robbery turns out to be just one piece to a much larger puzzle though—after the heroes investigate the bank robbers’ slummy thief den, the trail ultimately leads them into the city’s expansive network of underground catacombs, where the agents infiltrate and disband one of Absalom’s most vicious murder cults.

“Sixty Feet Under” is a Pathfinder adventure for four 4th- or 5th-level characters. This adventure continues the Agents of Edgewatch Adventure Path, a six-part monthly campaign in which the players take on the role of city watch officers doling out justice to Absalom’s most nefarious criminal elements. This adventure also includes new rules and details about Golarion’s mystical subcontinent of Vudra, the various guard factions within Absalom, and a slew of new monsters. 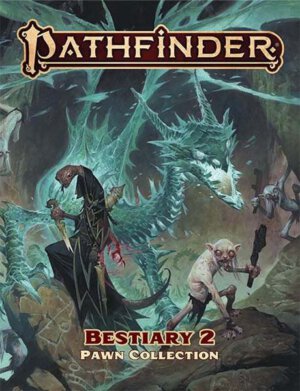 This collection presents beautiful full-color images of a wide array of deadly denizens, including more than 300 monsters such as dragons, giants, the Jabberwock, new elementals, deadly aquatic foes, vampiric menaces, creatures from other realities, demons, devils, angels, and much, much more! Printed on sturdy cardstock, each pawn slots into a size-appropriate plastic base from the Pathfinder Pawns Base Assortment, making them easy to mix with traditional metal or plastic miniatures. The Pathfinder Bestiary 2 Pawn Collection is the best way to ensure you’ve got the perfect monster for every Pathfinder Roleplaying Game encounter! 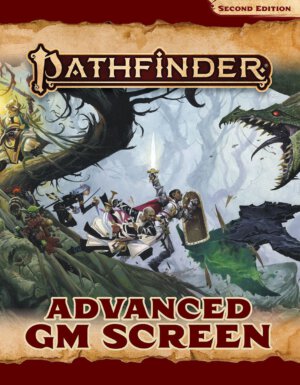 There can be a lot to keep track of while running a thrilling game of Pathfinder, but the right GM screen can make all the difference. This four-panel horizontal screen has a lavish illustration on one side and a wealth of useful charts and tables on the other, referencing a number of the advanced rules systems first presented in the Pathfinder Gamemastery Guide. This screen will help keep your secret notes and maps hidden from players, while making your job as GM simpler than ever!

Two editions are available including a Paizo.com exclusive. 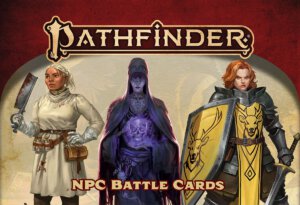 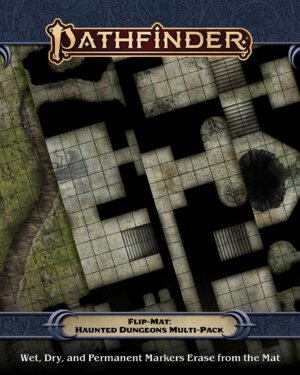 Whenever your players make the choice to ignore the warnings and delve deep into a sinister complex or ghost-infested ruin, Pathfinder Flip-Mat: Haunted Dungeons Multi-Pack has you covered. This set’s four sides each feature a different spooky dungeon to explore. Whether you are looking for a vampire’s lair, a ghost-infested ruin, or any sort of ghoulish complex, these four dungeons are sure to inspire! Don’t waste your time sketching when you could be playing. With Pathfinder Flip-Mat: Haunted Dungeons Multi-Pack, you’ll be ready the next time your players spend a frightful night in a scary dungeon. 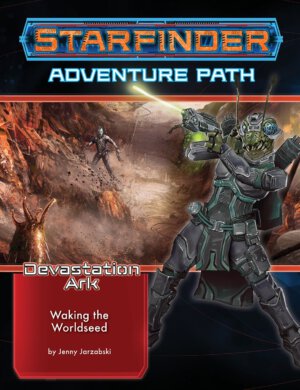 The discovery of a series of millennia-old ruins sets off a chain of events that puts an ancient titanic spacecraft on course to the Pact Worlds. When the vessel—which belongs to an evil, warmongering civilization long thought dead—begins destroying all other ships in its path and attacking important resources to increase its power, the heroes must rescue millions of lives from destruction and find a way to stop the ship and all aboard it. Will the heroes be triumphant? Or will the alien species take the Pact Worlds as its new home and conquer the galaxy?

Rescuing a xenoarcheological team on a distant, frozen world from weather gone haywire, the heroes unearth more than they bargained for as an ancient ruin rises from the ground and kicks off a series of events that could change the face of the galaxy forever. The tower contains secrets of a warlike civilization thought long dead and is strangely connected to small moon in the Pact Worlds. Returning to explore a previously unknown facility under the moon’s surface that threatens to overheat and destroy all life there, the heroes learn that the moon is signaling a gigantic alien craft, drawing it toward the system with lethal intent!

“Waking the Worldseed” is a Starfinder Roleplaying Game adventure for four 13th-level characters. This adventure begins The Devastation Ark Adventure Path, a three-part, monthly campaign in which the players stop the threat of an ancient alien civilization in Starfinder’s first high-level adventures! This volume also includes a gazetteer of the moon of Hibb and a selection of deadly threats. 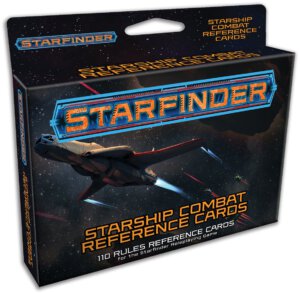 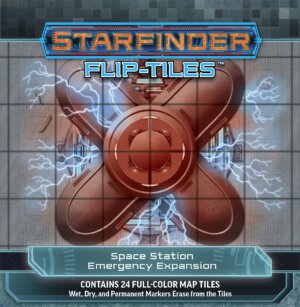 It’s an emergency in space! Next time your players are ready to explore a space station’s depths, they won’t have to wait for you to surprise them with dangers in the next corridor or compartment. Starfinder Flip-Tiles: Space Station Emergency Expansion provides beautifully illustrated 6″ × 6″ map tiles that can be used to enhance your station with a variety of battle damage, hazards, emergency lighting, and locations to explore. Inside, you’ll find 24 richly crafted, double-sided map tiles. This expansion set, along with Starfinder Flip-Tiles: Space Station Starter Set, allows you to create futuristic space habitats with endless variety! So stop your sketching and start your flipping today!