There’s plenty on the horizon next month for both the Pathfinder and Starfinder roleplaying games. Paizo has a solid slate of gaming goodness ahead and all of the following major releases are set to hit stores March 31st. 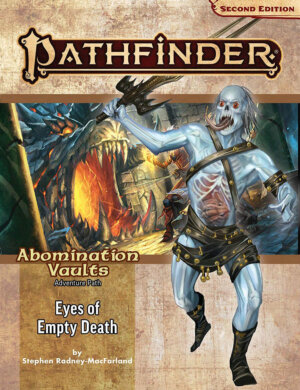 Death lurks in the darkness! The deepest levels of the Abomination Vaults contain massive caverns and a relic left behind by one of the Outer Gods. The heroes must negotiate the ruthless politics of insular drow, vampiric urdefhans, and stranger creatures for the tools they need to vanquish Belcorra Haruvex. Yet even as the heroes grow nearer, the undead sorcerer’s power increases, and the heroes must put her to rest before she claims the full might of her malevolent patron.

“Eyes of Empty Death” is a Pathfinder adventure for four 8th-level characters. This adventure concludes the Abomination Vaults Adventure Path, a three-part monthly campaign in which the heroes explore a sprawling megadungeon to stop an ancient evil from renewing her monstrous vengeance. This adventure also includes an expanded look at ghosts in Golarion, an examination of the Outer God Nhimbaloth, and powerful new rules and monsters! 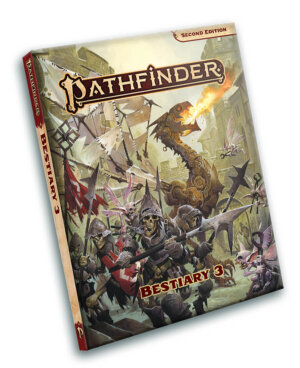 With more than 300 classic and brand-new monsters, this 320-page beautifully illustrated hardcover rulebook completes the collection of creatures begun in the first two Pathfinder Bestiary volumes. From classic creatures like clockworks and tooth fairies, returning favorites like imperial dragons and mighty titans, to brand-new menaces found all over Golarion, this must-have tome of monsters designed to challenge characters of any level is an essential companion to your Pathfinder game! 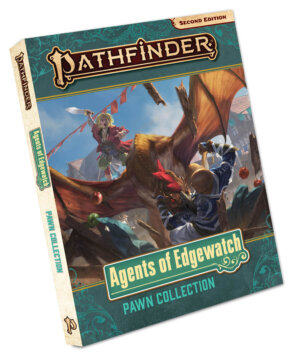 The enemies and allies of the Agents of Edgewatch Adventure Path come to life on your tabletop! Each has its own abbreviation and identification number for easy sorting. 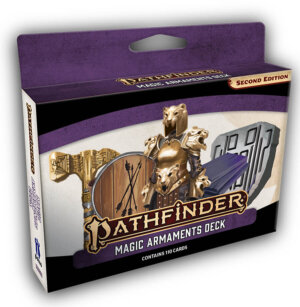 A hero collects treasure at every step of their journey, and no treasure is more prized than mighty magic weapons and incredible enchanted armor. The Pathfinder Magic Armaments Deck contains 110 cards detailing every magic armor, weapon, and shield in the Pathfinder Core Rulebook, along with runes and special materials. Each card features statistics, descriptions, and beautiful full-color illustrations. Whether you’re a GM building a cache of loot for the heroes to find, or a player taking the next steps of a hero’s journey, the Magic Armaments Deck keeps your fantastic gear at your fingertips! 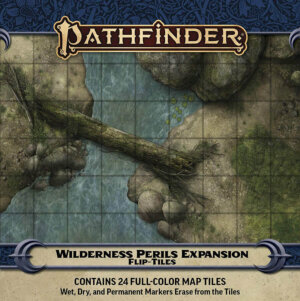 With 24 full-color 6 x 6-inch double-sided tiles, each stunningly crafted by cartographer Jason A. Engle, you can peer into chasms and sinkholes, scramble over treacherous terrain or through churning surf, deal with dangerous patches of quicksand or boggy swamps, or face a roaring out of control wildfire. All perfect for the next time the heroes traipse too deeply into the uncharted wild! 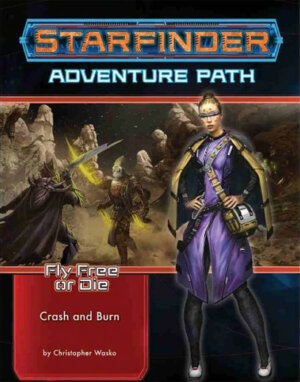 The crew of the Oliphaunt have been living the good life, riding high after robbing a Kalistocracy commerce barge. But when old enemies join forces, the crew loses it all—their fortune, their reputations, and even the Oliphaunt itself! Now they’re trapped on Absalom Station with nothing but the clothes on their backs. They’ll have to cash in every favor, rely on every friend they’ve ever made, dodge bounty hunters and assassins, and rebuild a junk starship that barely flies if they hope to catch their enemies and reclaim what’s theirs!

“Crash and Burn” is a Starfinder adventure for four 9th-level characters. This adventure continues the Fly Free or Die Adventure Path, a six-part monthly campaign in which players take on the role of a merchant crew with an experimental starship, trying to get rich, escape interplanetary assassins, and outwit their rivals. This volume also includes a series of “Side Jobs”—short mini-adventures the GM can insert into the campaign at any time—as well as a collection of new and dangerous aliens and details on the corporations that dominate the galaxy. 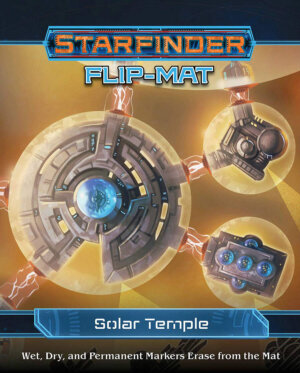 Whether the heroes are mastering the secrets of supernovas and black holes under the tutelage of a master solarian or defending mystics in the glare of a once-in-a-lifetime solar flare eruption, no Game Master wants to spend time drawing every meditation room and training courtyard. Fortunately, with Paizo’s latest Starfinder Flip-Mat, you don’t have to! This line of gaming maps provides ready-to-use science-fantasy set pieces for the busy Game Master. This double-sided map features an ancient solarian hermitage on one side and a futuristic cloister in space on the other. Don’t waste time sketching when you could be playing. With the Starfinder Flip-Mat: Solar Temple, you’ll be ready the next time your players seek enlightenment among the stars!